You are here: Home / Business / Job Growth Rebounds As Unemployment Rate Drops to 5.9% 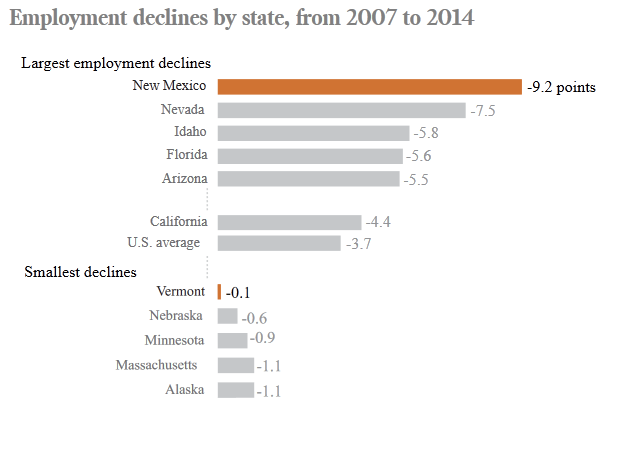 Fears that the labor market had been faltering again have been eased after job growth experienced a strong rebound last month. Additionally, for the first time in the last six years, the unemployment rate fell to under 6%, which provided Democrats the boost they needed before the midterm elections.

Economists say that the August hiring slowdown was just an anomaly which they hadn’t foreseen but warned about several other worrisome signs that the Friday Labor Department report brought to focus. According to report data, wages are stagnant and discouraged jobless Americans are giving up the fight and dropping out of the workforce. And while the trend is positive, economists say, there is still a hard battle to be fought in order to completely recover from the Great Recession.

Sung Won Sohn, professor at Cal State Channel Islands said that the report had offered economists on Wall Street and Main some relief.

“August was an aberration, and we’re back to healthier growth and that’s good,”

The report also showed that the dollar had been soaring against all major currencies and that the industrial average had reached 208,64 points (or 1.24% on Friday).

Economists feared that, after the Recession had pushed the unemployment rate to 10% in October of 2009, it would never fall below 5%. However, after almost 2 years where the rate remained at least 9%, it now seems that we’re approaching the light at the end of the tunnel: the rate has been dropping faster than anticipated (since September 2013, it fell 1.3 percentage points).

“If you’d asked me, I wasn’t sure I’d ever see an unemployment rate with a 5 in front of it during the Obama administration,”

The job report was also good news for Democrats, as they come before the November 4th midterm elections.

“This progress that we’ve been making, it’s been hard. It goes in fits and starts. It’s not always been perfectly smooth or as fast as we want, but it is real and it is steady and it is happening.”