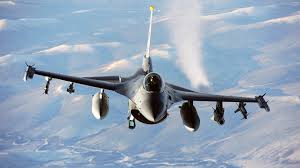 Airstrikes conducted by the United States military on Wednesday allegedly killed several hundred Islamic State fighters gathered around Ayn Al-Arab, the Syrian border town which has been under siege for weeks. Despite the airstrikes the Pentagon announced that the city of Kobani could still fall to the Sunni extremists.

During the last two days, the U.S.-led coalition has prepared and conducted 40 airstrikes near the Kurdish town of Kobani, the largest number of strikes since they began on the 22nd of September.

Rear Admiral John Kirby, Pentagon spokesman, explained that bad weather in Iraq had freed up coalition resources that made the Kobani attacks possible. He added that the situation was fluid and that Kurdish militants were still battling ISIS extremists in order to maintain control of the city.

“The more they want it, the more resources they apply to it, the more targets we have to hit. We know we’ve killed several hundred of them.”

The Pentagon spokesman noted that recent attacks had degraded ISIS’s ability to move its forces around and that they lack logistics in order to reconstitute that.

ISIS’s siege of the border town of Kobani has become a focus point of the U.S.-led coalition, which is pursuing all avenues to halt the extremists. The United Nations have warned that a massacre of massive proportions could follow if the city were to fall into the hands of the extremists, who are now in control of approximately half of it.

Kirby told reporters that improving weather might represent the intelligence boost that U.S. forces need to improve the precision of their airstrikes.

“As the weather improves, I think … you’ll see continued pressure applied as appropriate and as we’re able to,”

Obama’s approach has been receiving significant scrutiny over the past days, as the President has continuously promised that no ground troops will be sent into combat. On Tuesday, the U.S. President addressed more than 20 countries involved in the coalition against the extremists and said that he had serious concerns about the group’s advances in Kobani.

John McCain, Republican Senator and a frequent critic of the Obama administration, said that the Islamic State “was winning” and “we’re not.