You are here: Home / Technology / Tim Cook- Successful and Proud to be Gay 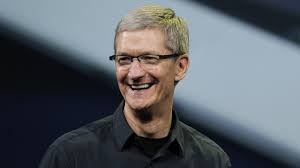 Apple’s CEO, Tim Cook has just confirmed in an opinion piece on Thursday that he is gay, while publicly advocating for human rights and equality.

Cook published an essay in Businessweek, saying that Dr. Martin Luther King represents a source of inspiration, citing the famous quote: “Life’s most persistent question is ‘What are you doing for others?’”

“While I have never denied my sexuality, I haven’t publicly acknowledged it either, until now. So let me be clear: I’m proud to be gay, and I consider being gay among the greatest gifts God has given me.”

He noted that he has always been privately open about being gay with others, however, it is at this time that he felt compelled to come out to help others.

“I don’t consider myself an activist, but I realize how much I’ve benefited from the sacrifice of others,”

“So if hearing that the CEO of Apple is gay can help someone struggling to come to terms with who he or she is, or bring comfort to anyone who feels alone, or inspire people to insist on their equality, then it’s worth the trade-off with my own privacy.”

His piece published on Thursday came just days after Cook openly criticized his home state of Alabama and its approach to gay rights. Cook explained that his hope is that communities learn from the past and learn to create a different future.

This hasn’t been the first time that Cook’s sexuality has been addressed, as CNBC hosted a segment in June on gay CEO’s.

“I think Tim Cook is fairly open about the fact that he is gay at the head of Apple, isn’t he?”

His remark caused an awkward silence, so Hobbs quickly followed with: “Oh dear, was that an error?”

Cook admitted that openly revealing his sexuality was difficult, however, Apple’s CEO hopes that people not focus on this and rather see his efforts running the tech giant.

“Part of social progress is understanding that a person is not defined only by one’s sexuality, race, or gender. I’m an engineer, an uncle, a nature lover, a fitness nut, a son of the South, a sports fanatic, and many other things. I hope that people will respect my desire to focus on the things I’m best suited for and the work that brings me joy.”