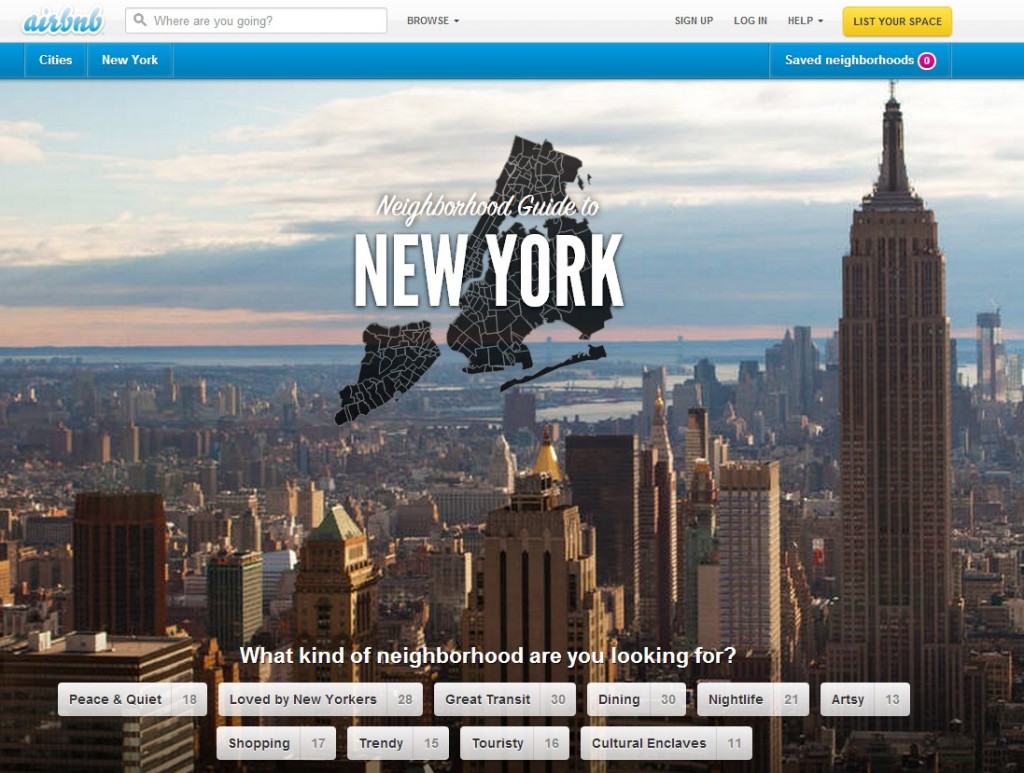 New York State Attorney General Eric Schneiderman released a report claiming that nearly three-quarters of the New York City properties listed on Airbnb violate state laws on zoning and subletting. The “Airbnb in the City” report was based on the analysis of almost 500,000 private stays in more than 35,000 unique places for less than 30 days. About 6 percent of the hosts gained $168 million. That is 37 percent of the revenue in the whole city. Just three percent of the revenue was made by renting rooms in Staten Island, the Bronx and Queens.

A couple of landlords operate illegal hostels, the report states. “Anyone operating an illegal hotel should be on notice that the state and city will take aggressive enforcement actions in this area,” said Mr. Schneiderman. “A slick advertising campaign doesn’t change the fact that this is illegal activity.” One individual made $6.8 million by renting 272 units, each for more than $300 per night. A dozen buildings had more than half of their rooms listed on Airbnb, making them act as hotels.

The rise of Internet-based businesses like Uber and Airbnb produce fierce debate in places where the services are adopted. The new business model is categorized as “sharing economy”. However, accusers point that it has nothing to do with sharing as it is just a new way of dodging taxes.

“We need to move forward,” an Airbnb spokesman, Nick Papas, said. “We need to work together on some sensible rules that stop bad actors and protect regular people who simply want to share the home in which they live.” Papas said that because there are so many rules, placing three-quarters of the spaces listed on the website in the same category produces confusion. He added that most hosts in New York City are not from Manhattan. The company says that less than 20 percent of the listed properties are in the hotel area.

The statement clearly says that the Airbnb is virtuous and individuals are trying to pervert it. But it seems that the system accommodates big players really well. Landlords seem to be the real winners. Are people renting their homes driven by an extraordinary spirit of hospitality? The reasons are clearly economic. Renting your home is the extreme form of housing commodification. People join the movement amid greater income inequality and increased living costs. There’s no empowerment there, as Airbnb boldly claims, quite the opposite.