You are here: Home / National News / The Vatican Softens its Stance on Remarriage and Homosexuality 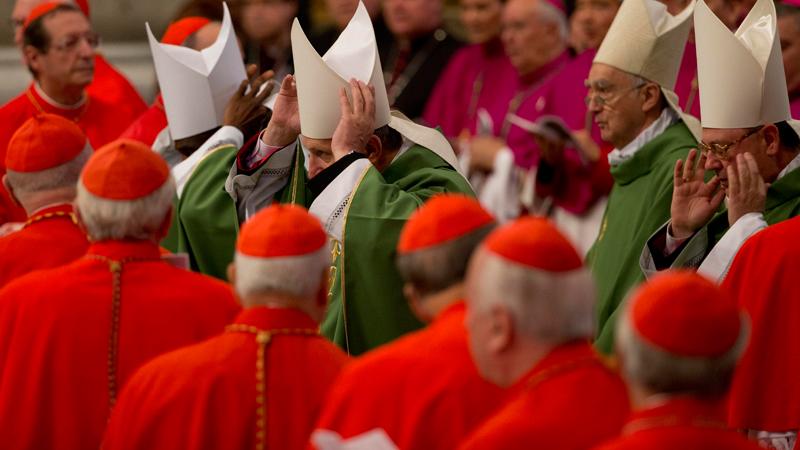 Catholic Church leaders have been called upon to offer their support to gays, cohabiting couples and divorcés after a Vatican document has been drafted, urging Catholic leaders to be more welcoming to those in conflict with Vatican teachings.

The document, which suggests the Catholic Church’s intention of reaching out to gays, divorcés and cohabiting couples, did not contain any changes on the opposition to civil unions, contraception or divorce. It has been prepared at the halfway point of a two-week meeting of bishops from all across the world.

It suggests a far softer approach to couples who have remarried without receiving an annulment and to gays. It would seem that the Church is paving the way for divorced church members to receive communion in the future, a sacrament that is currently denied to those who chose to remarry despite not receiving an annulment.

For the past week, 200 bishops have convened in Vatican City, as Pope Francis called for an assembly meant to address a variety of problems, including divorce, polygamy or forced migration. Pope Francis’ desire was that the church find new ways of supporting people amid such circumstances.

“Pope Francis was very clear in having two distinctive demands of the synod,“

According to him, the pontiff asked the bishops to not judge people’s lives while still upholding the high ideals of the church, so as to offer parish priests guidelines in helping families in critical situations.

During the discussions at the synod, Pope Francis encouraged frank discussions that could offer solutions to everyday problems. On Monday, the bishops provided a first issue of the talks.

“Homosexuals have gifts and qualities to offer to the Christian community. Are we capable of welcoming these people, guaranteeing to them a fraternal space in our communities?”

While not supporting gay marriage and still showing that the Church isn’t prepared to accept civil unions, the document acknowledges the support that such a homosexual union can provide while also mentioning that children living with same-sex couples may benefit from increased church support.

Pope Francis has been addressing the Church’s attitude towards gays for some time now. The pontiff asked last year:

“If a person is gay and seeks God and has good will, who am I to judge?”

This document may represent the first step towards a completely different approach to gay families. The church may even accept to baptize the children of same-sex couples or accept the participation of gays in the life of local churches, Joann Heaney Hunter, professor of theology at St. John’s University says.