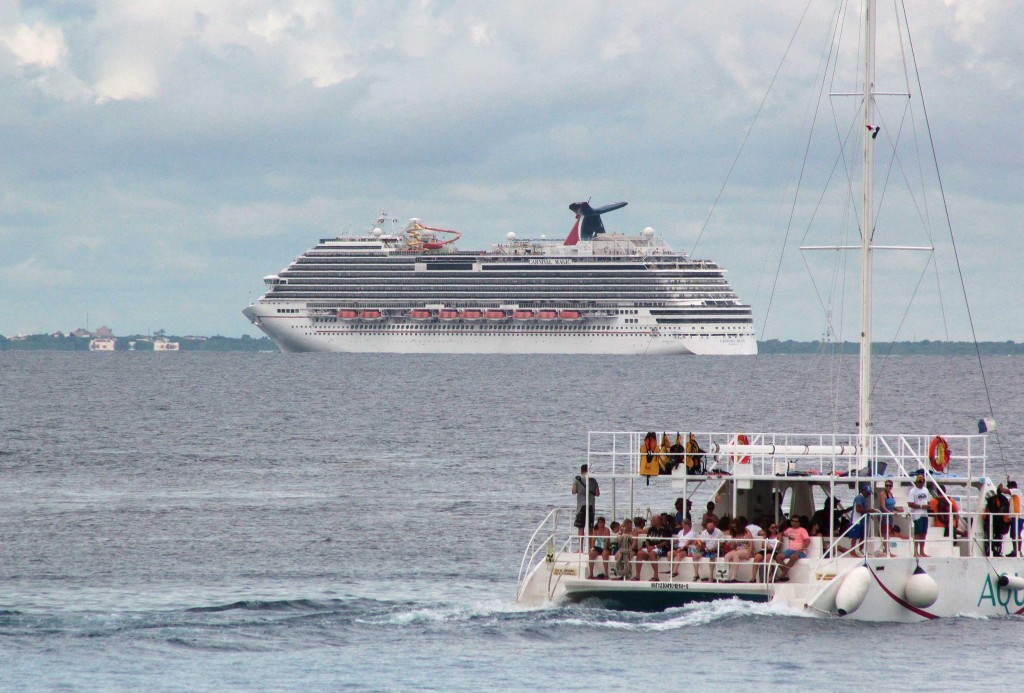 A blood sample from the Dallas health care worker aboard the Carnival Magic cruise ship, which just returned to Galveston, was retrieved by the Coast Guard on Saturday. The Texas-based cruise ship had attempted to approach Belize’s shore, however, Belize authorities did not allow the health worker to come on shore.

The woman being monitored for Ebola is believed to pose no risk for several reasons: on the one hand, she only came in contact with a sample of Thomas Eric Duncan’s blood 21 days ago, so the maximum incubation period for the virus has already passed. On the other hand, the health worker displayed no symptoms of the hemorrhagic fever and voluntarily self-quarantined to ensure that the risk of exposure would be minimal.

Blood samples were obtained from the lab supervisor by a Coast Guard crew which flew by helicopter on Saturday to meet the Carnival Magic cruise ship. The sample was then immediately taken to an Austin state laboratory for processing. According to a statement made by Officer Andy Kendrick, the decision to obtain the blood sample had been made in coordination with federal, state and local health authorities.

Obama administration officials affirmed that the lab supervisor had handled a specimen belonging to Thomas Eric Duncan, the Liberian man who died from Ebola at the Texas Health Presbyterian Hospital this month. They attempted to return the woman and her husband to the United States before the cruise is completed, on Sunday, but Belize authorities wouldn’t allow them to come ashore.In fact, the ship was refused clearance to dock in Cozumel on Friday after discussions with Belize authorities.

Consequently, the cruise line had to leave Cozumel waters on Friday and return to Galveston, its home port.

The Carnival Cruise Lines released a statement ensuring the public that the woman had agreed to remain in isolation and that she was not considered to be a risk to any guests or crew aboard the ship.

“We are in close contact with the U.S. Centers for Disease Control and Prevention and at this time it has been determined that the appropriate course of action is to simply keep the guest in isolation on board,”

Jennifer De La Cruz, spokeswoman for the cruise line, explained that the Magic made a pot call in Belize and that all other passengers on board were permitted to disembark.

“There have been no restrictions placed on other passengers aboard the ship.”