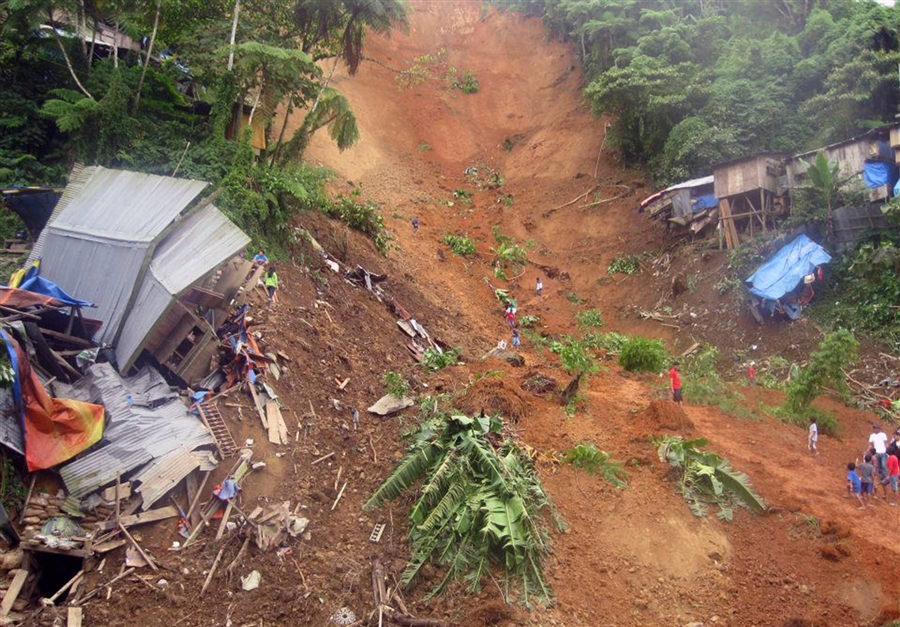 Over 300 hundred people are missing after a terrible landslide in Sri Lanka. Ten bodies have already been found and the search continues, Disaster Management Centre spokesman Sarath Kumara told the BBC. The event took place at 7:30 local time in Haldummulla village, Badulla district, 130 miles east of the capital Colombo.

Around 140 houses have been trapped under the massive landslide which was at least 2 miles long. The Sri Lanka army sent 500 troops to attend the rescue operations. A Bell 212 rescue helicopter is used to pick up survivors. A number of houses are trapped under 30 ft of mud, Major General Mano Perera declared to AFP news agency.

The area is highly important for the Sri Lankan economy due to its large tea plantations. The houses buried under the mud belong to tea estate workers.

The heavy monsoon rains have been a determining factor behind the tragedy. The season ends in September, but the retreating monsoon lasts until the end of the year. The heavy rains affected the national highways as well. Large sections have been washed away, according to the reports.

The authorities fear that other landslides may occur soon. The National Building Research Organization issued a level-2 warning covering multiple areas in the vicinity. The next 24 hours are crucial, as bad weather may hinder the rescue operations. The weather has cleared, but fog still disrupts the rescue efforts in the area.

Disaster Management Minister Mahinda Amaraweera said that since 2005 residents are aware that the area is prone to landslides. However, we do not know at the moment if the residents received any relocation offers from the government in the meantime.

“I was under the rubble and some people took me out… my mother and aunt have died,” an injured woman told media.

“We saw smoke around the area. Some people shouted and asked us to run away, so we ran,” another survivor said, according to Reuters.

Another landslide took place in June killed 22 people. Thousands have been forced to relocate after their houses have been buried.

The Asian country has been hard hit by the 2004 tsunami. More than 30,000 people have died at the time. The Haldummulla landslide may be the next worst natural disaster in Sri Lanka’s recent history.