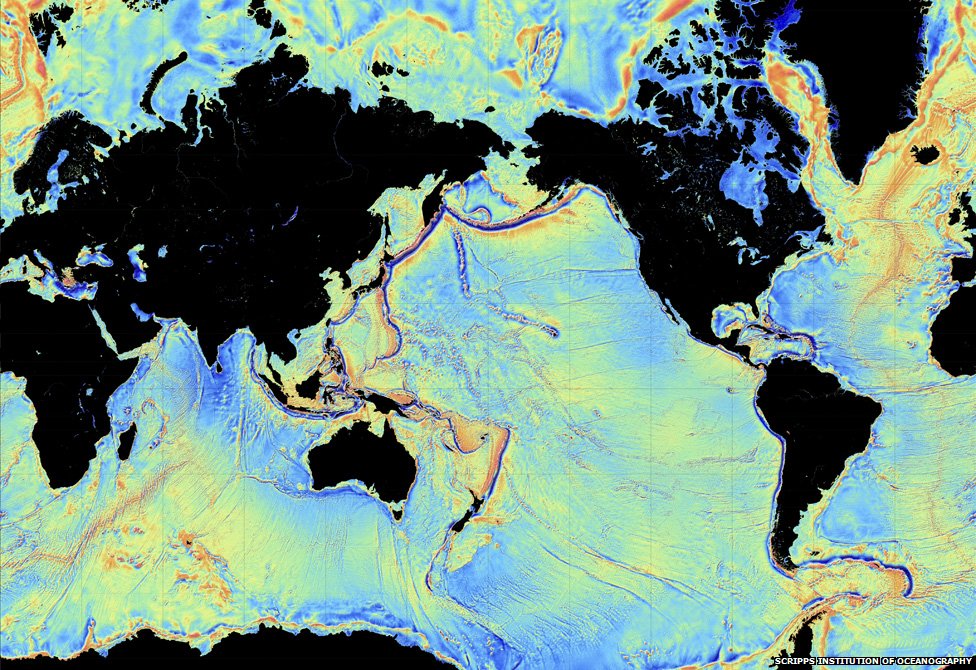 Scientists know more about the surface of the Red Planet than about the sea floor of our own planet. Eighty percent of our sea floor is still unmapped, but this may change in the near future. A new map that is based on untapped streams of satellite data will be available soon. This map was created by a Scripps Institution of Oceanography team. Apparently, the map built by the University of California is more accurate than a version created by the US Navy 20 years ago.

“The way we’re doing that is to use satellite altimeter, a radar, to map the topography of the ocean surface.” – Scripps geophysics professor, David Sandwell

The data was acquired with the help of two satellites that were launched for different purposes. We are talking about Agency’s Cryo-2 satellite which was meant to monitor sea ice, and NASA’s Jason-1 which studied the ocean’s surface. By pulling information from both, the team was able to produce the bigger picture, by combining smaller resolution images captured with the ship’s multi-beam sonar.

“That enables us to look at smaller scale features and also features that are buried by the sediments in the ocean basins.” – David Sandwell.

This new map gives us a more accurate picture of the seafloor, in a way in which it has never been seen before. Instead of the vast and unknown blue we can now see details of underwater mountains and ridges were continents pulled apart. There was one ridge in particular that was captured in exquisite detail. Sandwell calls it the Indian Ocean Triple Junction. 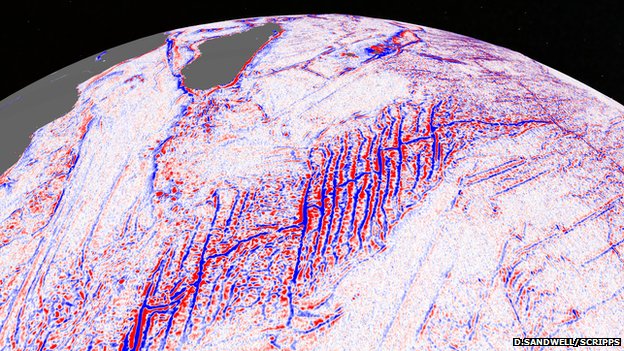 “It really displays the theoretical aspects of plate tectonics perfectly. You have three plates, the African plate, and the Indo-Australian plate and the Antarctic plate all connected at this one point in the center of the Indian Ocean.”

This discovery may not seem very important for some, but the roughness of the seafloor is directly connected to the way that currents are steered. By understanding the ocean’s floor scientists will also learn more about the mixing-behaviors which are critical for ocean transport and climate changes. It will also serve as a powerful tool for fishery conservation and petrololeum exploration.

We have so little knowledge of the seafloor because saltwater is basically opaque to all standard techniques used for creating maps on land. This is why less than 10% of global oceans have been surveyed.

“You may generally think that the great age of exploration is truly over, we’ve been to all the remotest corners of the continents, and perhaps one might think also of the ocean basins. But sadly this is not true – we know much more about the topography of Mars, then we know about the seafloor.”

All in all, Sandwell’s team has discovered extinct ridges on the seafloor that spread the Gulf of Mexico approximately 180 million years ago, rifts between Africa and South America, and underwater mountain ranges.