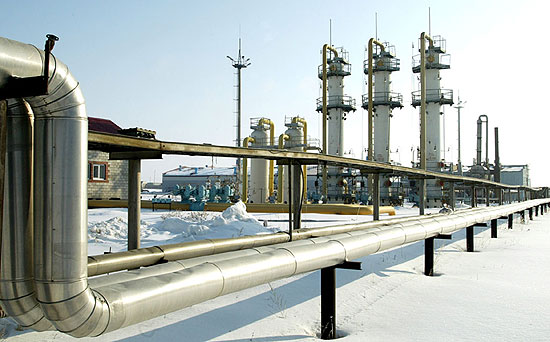 An unexpected sequence of events is unfolding right before our eyes. Oil prices, which usually climb to record highs during cold weather, continue to drop, even now. At the moment, price for natural gas, which was once considered an affordable alternative to oil, is climbing, while price of oil continues to drop. This data was recorded by the U.S. Department of Energy in its recent annual outlook.

It seems that the wild card is the temperature and weather conditions of winter, and the president’s confidence in the abilities of others. Specialist say that if temperatures drop, project consumption will be down by 3%, but spending will raise by 6% over last year’s results. Another reason for such low prices is represented by weakening international demand. Crude oil barrel prices in North Sea Brent fell to an average of 97 dollars in September. This is the first month that Brent settles for anything less than 100$ per barrel, in the last two years.

Interestingly enough, U.S. production is also the highest it has ever been in the last three decades, according to Federal Energy officials. This is excellent news, because more than 23% of households require oil for heating. The agency’s report also relies on the information that this winter will be warmer than the ones before. This will give consumers an energy and resource break.

All in all, it is predicted that every household will spend an average of 15% less for heating oil, thus reducing heating demand, and increasing prices for natural gas. this news comes as a salvation for New England oil dealers who are currently struggling to expand their natural gas pipeline systems. Prices for oil may have been a lot higher several years ago, but dealers believe this is a natural response to the market changes.

“It’s ‘I told you so. Government is horrible with predicting outcomes.” – Chris Herb, president of the Connecticut Energy Marketers Association.

Jamie Py, of the Maine Energy marketers Association, also said that oil prices have changed due to the rising and falling of world’s demand.

“There was a time when someone sneezed the wrong way in the Middle East you could see a spike.”

At the moment, New England is trying to shift its focus to natural gas, which has always been cheaper than void. The plan is working: Natural Gas powered 45% of electricity of New England. However, pipelines cannot catch up with thee greater supply and power plants that were forced last winter to buy from the costly spot market to. Consumers shouldn’t expect prices for natural gas to fall soon, as extra money is required to build pipelines.

“Pipeline constraints still exist in the area and day-to0day price volatility is likely.” – the Energy Department

“The question is, what we do now?”

Information indicates to the most extensive storage of natural gas that will secure shipments for local periods of time.