You are here: Home / National News / Over 1,500 Athletes in North Carolina University Scam 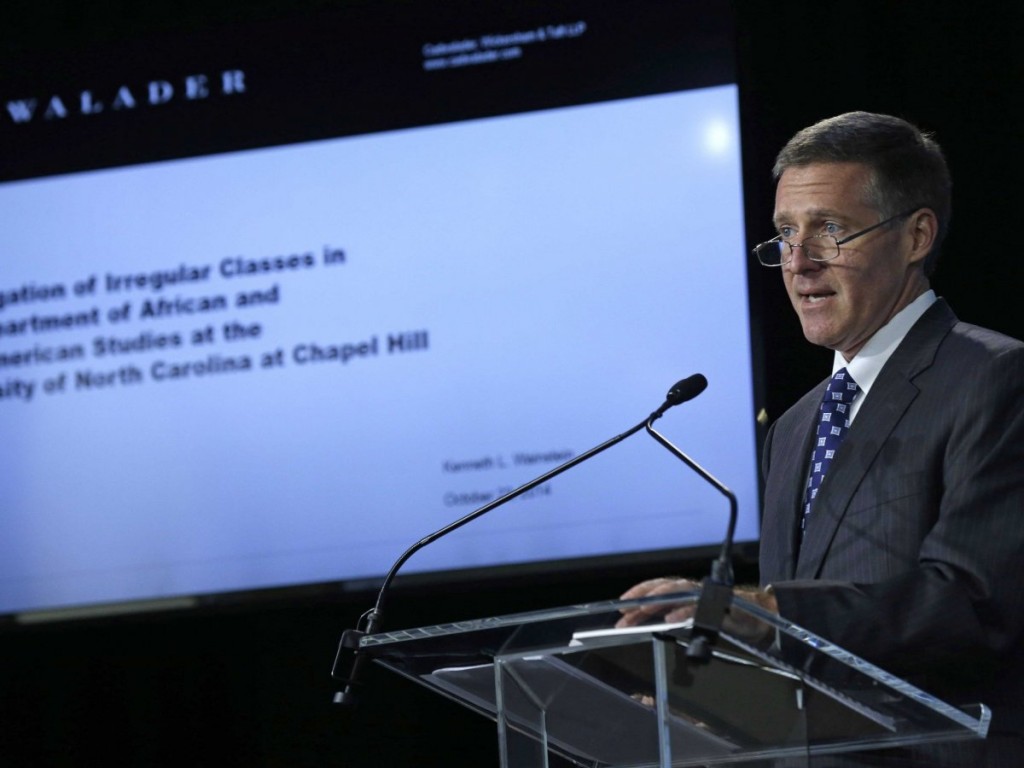 A recent academic scandal has appalled a nation that takes pride in the quality of its educational system. More than 1,500 athletes at the University of North Carolina took part in bogus classes and received inflated grades over a span of almost two decades. At least nine employees were fired or were placed under disciplinary review following an investigation released on Wednesday that showed that University students got easy A’s and B’s.

The scam involved mostly football players or members of the basketball program that the school cherished, which managed to win three of its five national titles during the period involved in the scandal (1993, 2005, 2009).

“We’ll work with the NCAA and work through the report with them as part of our ongoing investigation. That’s going to take some time.”

During the two-decade period, about 3,100 students were enrolled in classes which either weren’t taught or they did not have to show up for. This apparent “shadow curriculum” belonged to the former African and Afro-American Studies department (from 1993 to 2011), Kenneth Wainstein, former high-ranking U.S. Justice Department official and report leader said.

Moreover, countless courses required students to only prepare research papers that would be quickly corrected by secretaries, who were also in charge of grading. These secretaries would hand out the highest grades regardless of the quality of work, the report found. The same report showed how counselors for athletes would steer those struggling with their grades towards specific classes where they would receive high grades. Two particular counselors even suggested grades.

“I think it’s very clear that this is an academic, an athletic and a university problem,”

There were many hoping that the investigation conducted by Wainstein would finally bring closure to the long-running scandal, however, his efforts only revealed more academic fraud that previous investigations had found. The scandal investigated by the former U.S. Justice Department official reached back to Dean Smith’s tenure as coach of the legendary men’s basketball team as well as Mack Brown’s time as football coach.

According to Cunningham, the school hadn’t yet decided on imposing its own penalties (as was the case with the NCAA investigation). Both the school and the NCAA stated that they would review Wainstein’s report.

“under the same standards that are applied in all NCAA infractions cases.”

What remains to be answered is whether the NCAA will decide on penalties, ranging from fewer scholarships to vacated wins.