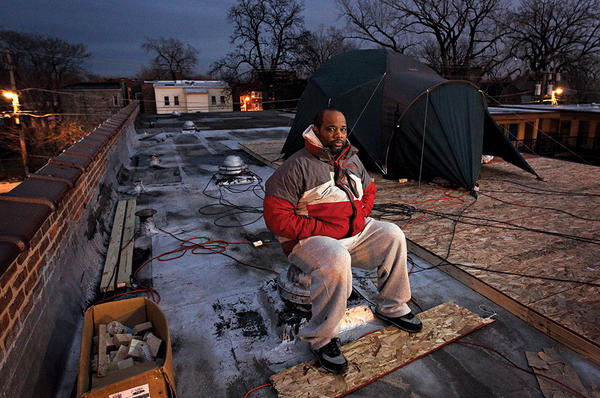 The New Beginnings Church in Chicago was robbed on Friday night of approximately $8,000 dollars, police says. Authorities were informed on Saturday about this robbery by a church goer. The money had been gathered in the charity box at the church where Pastor Corey Brooks, the outspoken U.S. pastor, preaches.

Investigators revealed that the money had been stolen somewhere between late Friday night and early Saturday morning. The thief must have entered the church through the back door, as the door’s glass window was discovered broken in the morning, police spokeswoman Officer Janel Sedevic said.

“The last 2 days have been the worst I had to move my family to a Safe House Bcuz of death threats now last night our church got broken into.”

Investigators must still determine the authenticity behind such claims.

Pastor Brooks had already talked about the theft in a recent statement, where he noted that the arrangements of repairs for church damages were already in process.

“Today, I’m going to show our community the damage and share with them the threats I’ve received. We’ll start on repairs — not just the structural ones that are easy to fix, but the spiritual ones that are going to take some time — and I’ll pray for the people who did this.”

Pastor Brooks said in a statement.

Investigators have been collaborating with pastor Brooks to discover who is responsible for the robbery.

Brooks, also known as the “rooftop pastor” was involved in protests against several important community issues, from violence to drug peddling and prostitution issues on Chicago’s streets. The pastor often used the rooftop of a nearby motel as his stage.

The pastor is convinced that Friday’s events are directly connected to the threats and politically motivated phone calls that he has been receiving recently.

“The death threats and phone calls are politically motivated our church in 14 yrs has never been broke into u do the math.”

Moreover, Brooks also visited some prominent politicians during his protest (which became highly-publicized) such as Pat Quinn, Governor of Illinois.