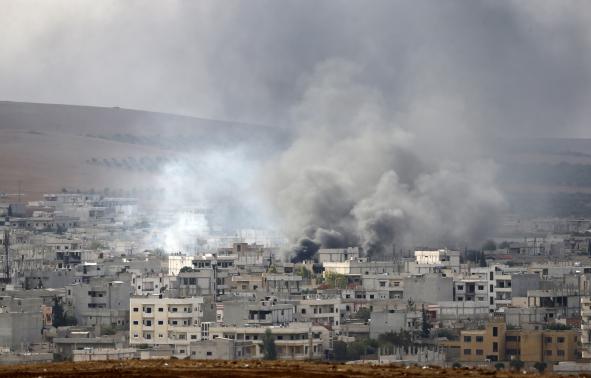 Currently, the Kurdistan Workers Party (PKK) leader is threatening to call off discussions meant to end an insurgency spanning across more than a decade in Turkey if progress isn’t made by Wednesday. In the meantime, Turkish warplanes are hitting PKK targets inside their borders. On Sunday, strikes began for the first time after a peace process that had begun two years ago.

While Turkey is focused on its own civil war, the U.S. –led coalition is continuing its airstrikes against the Islamic State, whose fighters are more gruesome than ever. However, recent turmoil in Turkey, NATO member with the second-largest army next to the U.S. within the alliance, only shows that a possible spillover from the complex civil wars raging on in the Middle East may be extremely dangerous.

Until now, Ankara has repeatedly refused to join the international coalition against the Sunni extremists if the coalition doesn’t also agree to confront Bashar al-Assad, Syria’s president. On Monday, Turkish officials denied U.S. assertions that the government had agreed to allow American planes take off from Turkish air bases.

As these disagreements continue without hope for resolve, Islamic State fighters continue to push through Kurdish defenses and grow even closer to the border town of Kobani. The United Nations fear that once the extremists take the city, thousands could be massacred within full view of Turkish armed forces and tanks that haven’t been allowed to intervene. If this happens, efforts made by the Turkish government to end the decade-long insurgency by PKK militants could be wrecked. The conflict has already killed 40,000 people until the peace process that commenced in 2012.

No comments have been made after the report concerning the recent bombings of Kurdish positions.

“F-16 and F-4 warplanes which took off from (bases in the southeastern provinces of) Diyarbakir and Malatya rained down bombs on PKK targets after they attacked a military outpost in the Daglica region,”

The peace process with the Kurdish minority was a main initiative of President Tayyip Erdogan’s administration, however, its potential collapse shows that a policy concerning Syria may be too difficult for Turkey. Over a period of three years, Turkey has taken in 1.2 million Syrian refugees, 200,000 of which arrived during recent weeks, as the town of Kobani was being besieged by ISIS.