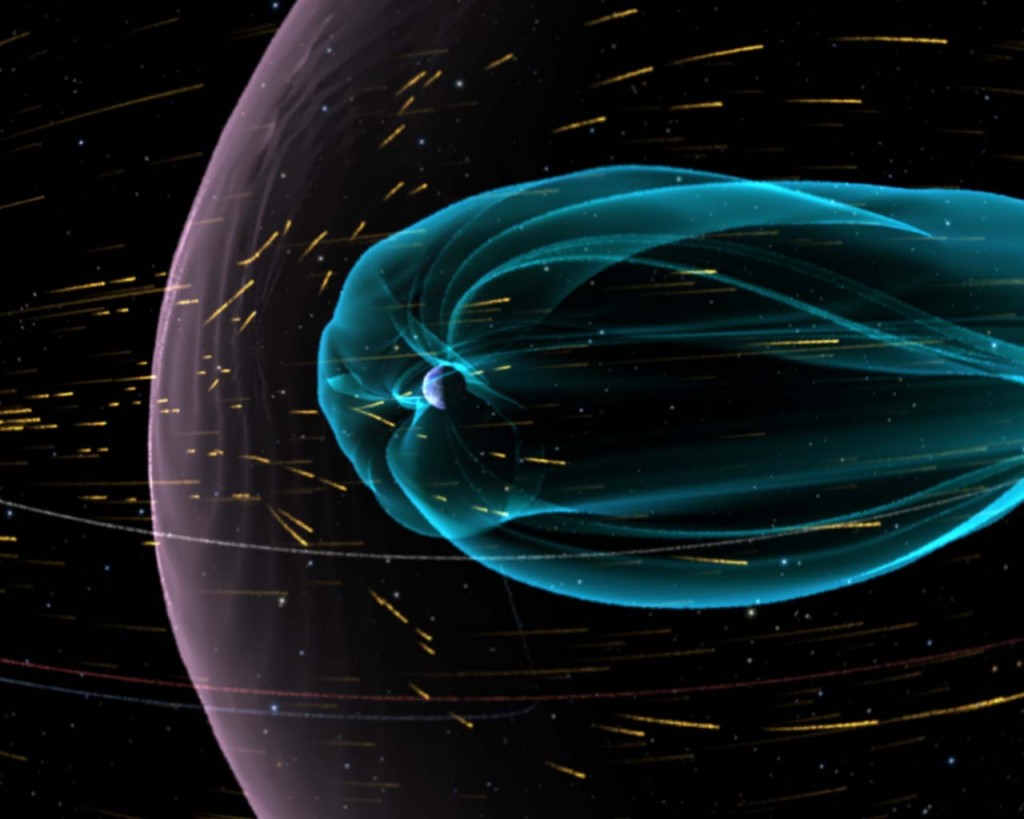 Although magnetic field shifts are considered to be old news, it may not be so far-fetched to believe that a pilot looking down at the plane controls might suddenly realize that the magnetic North is located somewhere over Antarctica. According to scientists, approximately 800,000 years ago, the magnetic north had indeed hovered over Antarctica and their calculations estimate that a flip could be just around the corner.

Flip cycles normally begin with the magnetic field weakening throughout several thousands of years before a flip.  The pole reversal is then followed by an increase of the field, which soon reaches full strength.

A new study based on data collected by the European Space Agency this summer indicates that the last time Earth’s poles flipped, the reversal took only 100 years. And because scientists have concluded that our planet’s magnetic field is currently in its weakening stage, it may be just a matter of time before another flip occurs.

In fact, the ESA satellite data collected this summer also strongly suggested that the magnetic field has been weakening 10 times faster than scientists had initially estimated, which means that a reversal could come sooner than the predicted next couple thousand years.

“We don’t know whether the next reversal will occur as suddenly as this [previous] one did, but we also don’t know that it won’t,”

director of the Geochronology Center at the Berkley University of California, Paul Renne said.

Renne and his team used the “argon-argon dating” technique, which uses the known decay rate of potassium-40 into argon-40 to determine the age of rock sediments. Geologists have revealed that Earth’s iron core acts like an enormous magnet which generates the magnetic field enveloping the planet. Renne and his colleagues dug through ancient lake sediments located at the base of the Apennine Mountains in Italy, which, according to them, contain ash layers. This ash is composed of magnetically sensitive minerals which still maintain traces of our planet’s field lines, which researchers then measured.

“We don’t really know whether the next reversal is going to resemble the last one, so it’s impossible to say whether we’re just seeing the first of possibly several excursions (slight movements), or a true reversal,”