You are here: Home / National News / Let The Terrorists Tweet! 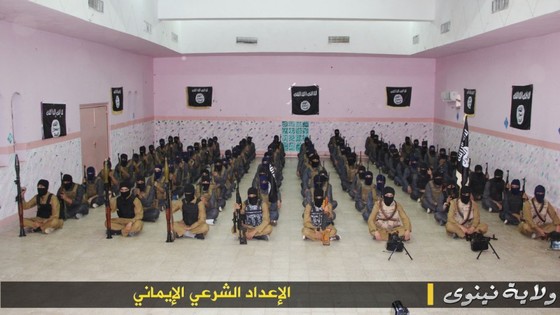 The Islamic State is known not just for the primitive savagery with which they execute their victims, but also for their high-tech sophistication, as fighters immediately post photographs of themselves after beheading or crucifying their prisoners. One would argue that such content is abhorrent and only helps the Islamic State gather more followers in the West, however, this massive social presence also helps authorities in their fight against terrorism.

The terrorist group’s public relations campaigns are clever, as the group often hijacks benign hashtags to relay their message. They also use several languages to get the message across, including English, French, Russian and Turkish. And while some of the content originates from the top ranks of the Islamic State, jihadists have thousands of online followers retweeting messages or creating their own content.

And although such barbaric videos nauseate most of the civilized world and make the Islamic State look like a bunch of angry Muslims susceptible to indoctrination, this blatant broadcasting of brutality over social media sites makes it simpler for United States supporters to come together. Several calls have already demanded that major social media sites block the jihadists and although in the U.S., sites such as Facebook, Twitter or YouTube block offensive or violent comments linked to terrorism, there are countless more platforms that simply cannot be controlled.

British Prime Minister, David Cameron, has even gone a step further: he insists that the west must become “intolerant to intolerance” and had the government mandate the take down of thousands of internet pages.

And although Prime Minister Cameron’s intentions are noble, he must weigh the risks of taking down such internet sites where the terrorists regularly post against the intelligence value that the group’s need for online validation offers. Social media has become a counter-intelligence nightmare for ISIS militants as such technologies are easily monitored.

Former FBI official, Clint Watts, notes that social media represents a window portraying exactly what the militants are doing in Iraq and Syria. Their internet bragging can in fact be turned against the terrorist group, as intelligence agencies can begin to determine the identities of either supporters, potential recruits or even high ranking members of the organization.

At the very least, what the Islamic State’s social media presence offers is a window into the prominent ways that these jihadists recruit others. And in rare cases, they can communicate with actual or potential terrorists who feed information (or rather misinformation)to their networks.