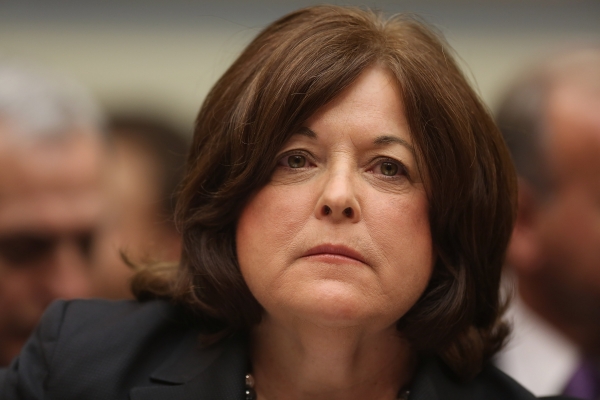 “Today Julia Pierson, the director of the United States Secret Service, offered her resignation, and I accepted it. I salute her 30 years of distinguished service to the Secret Service and the Nation.”

In Pierson’s place, Johnson has appointed Joseph Clancy to act as interim director. Clancy is a former special agent, who was in charge of the Secret Service’s Presidential Protective Division.

Johnson explained that Clancy had retired from the Secret Service three years ago but that his willingness to leave his position in the private sector for the sake of public service was greatly appreciated.

The resignation of former Secret Service Director, Julia Pierson, comes after a security debacle in which Omar Gonzales, an Iraq War vet armed with a knife managed to jump the White House fence and make it all the way to the White House East Room. During a congressional hearing on Tuesday, Pierson was questioned by lawmakers who wanted to understand the details of the security breach. Pierson was also asked about another incident, where the Secret Service had failed to notice that the White House had been sprayed by bullets. It was only when a housekeeper noticed the pieces of broken glass that questions arose.

“You’re not taking your job seriously. I have very low confidence in the Secret Service under your leadership.”

The Administration had initially hoped that Pierson would overhaul the scandal-plagued agency after her naming on March 26th, 2013. However, contrary to what officials had hoped, the Secret Service came under the spotlight again, soon after she had been appointed director. A Secret Service agent left a bullet in a Washington hotel room in May 2013, after he had spent an evening with a woman there.

According to a Homeland Security report released in December 2013, the leadership of the agency hadn’t fostered the necessary environment. They believed that inappropriate behavior was being tolerated.

Another scandal hit the agency in March 2014, when three counterassault agents (who were responsible for President Obama’s security in Amsterdam) had to be sent home after getting drunk 10 hours before they were required to report for duty.

The agency has also dealt with their fair share of fence jumpers, Pierson claimed, however, out of the 16 (at least) who had attempted to climb the wall, Gonzales was the only one to not be as quickly subdued.