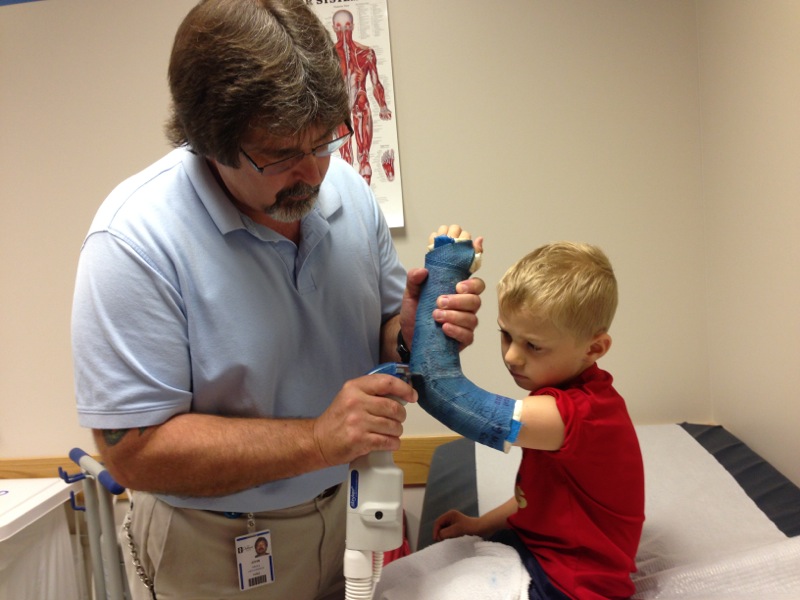 Choosing the right medication for your child is one of the most stressful tasks. Dosage is often the key issue when administering pain medication, but side effects are equally crucial. Researchers tested how children react to ibuprofen and morphine and found out that the former is a good replacement of the latter.

Morphine is a heavy drug. In most cases, however, children can endure the pain just as well with ibuprofen, while avoiding morphine’s side effects. The heavy drug is known to easily provoke nausea and vomiting.

Bone fractures are some of the most common injuries suffered by children. The highest level of pain is felt during the first two days, so that’s when pain medication comes in handy.

“Evidence suggests that orally administered morphine and other opioids are increasingly being prescribed,” writes Dr. Naveen Poonai, London Health Sciences Centre and Western University, London, Ontario, with coauthors. “However, evidence for the oral administration of morphine in acute pain management is limited. Thus, additional studies are needed to address this gap in knowledge and provide a scientific basis for outpatient analgesic choices in children.”

Doctors based their findings on the investigation of 134 children aged 5 to 17 who suffered fractures that did not require surgery. They treated 66 of the children with oral morphine, while the other 68 were given ibuprofen. Researchers used the Faces Pain Scale–Revised to measure pain sores once before medication was administered and again after half an hour. Fifty-six percent of the children who were given oral morphine suffered from at least one adverse effect like drowsiness, nausea and vomiting. Just 30 percent of the children who received ibuprofen experienced side effects. When doctors looked at the results, it was clear: ibuprofen is a better alternative.

“Given that morphine was associated with significantly more adverse effects, we conclude that ibuprofen remains a safe and effective therapy for outpatient management of children’s fracture pain,” write the authors. “We hope that our results will provide clinicians with a foundation for rational analgesic choices for children with fractures who are discharged from the emergency department.”

The old dilemma has been tested before, but you can never have enough confirmations that the medical choices are sound when children are involved.