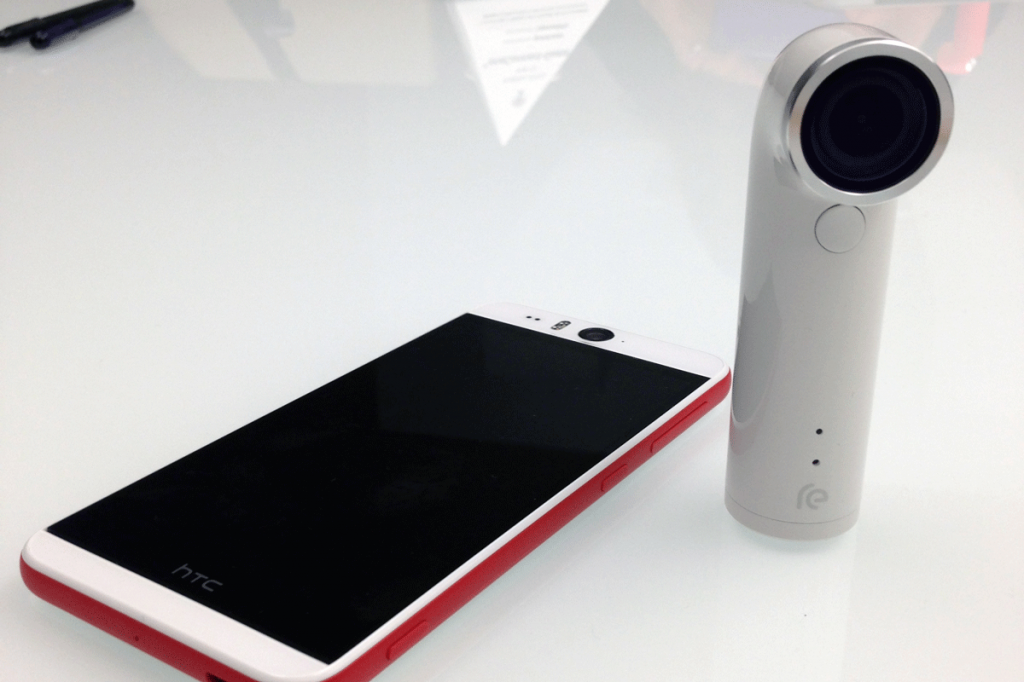 HTC launched two interesting devices. What they both share is the company’s focus on satisfying the customers’ demands for high quality pictures. In fact, with both the new smartphone Desire Eye and the Re camera, HTC clearly points to where their efforts are heading.

HTC Desire Eye is equipped with the most powerful selfie camera in the world. The handset has two 13 MP cameras, one in the front and another in the back. The company took things even further than Sony, who launched the Xperia C3 during the summer. Sony will now have to retract their claim that with its 5 MP front camera C3 is “the world’s best smartphone for selfies”.

Desire Eye is pretty close to what you can call a flagship device. It has a 5.2 inches Full HD resolution display and is powered by a Qualcomm Snapdragon 801 2.3GHz quad-core processor. HTC Sense, the company’s acclaimed Android skin, as well as any apps, will run smoothly thanks to the 2 GB of RAM. The smartphone comes with a 2,400 mAh battery, but subsequent reviews will let us know exactly how energy efficient the device really is, although the raw number is not particularly impressive.

While the specs may indicate an even better smartphone than the One M8, Desire Eye is made out of high quality plastic. M8’s Duo Camera module seemed a nice innovation, but most users complained that it needed more than 4MP.

The Taiwan producer launched a new imaging software at its ‘Double Exposure’ event in New York on Wednesday. While Desire Eye will come with HTC Eye Experience preinstalled, other major HTC smartphones will receive the new software in the near future. The new soft comes with multiple new functions, among which the most useful one will be the option to voice activate you camera just by stating “Say cheese.”

We were saying that HTC is all about capturing images now. The company launched another product called HTC Re camera. The device is weirdly attractive. The stand-alone camera has the shape of a submarine periscope and there’s no view finder on it. But thanks to the wide angle 146 degree camera, you’ll probably manage to capture the movie stars in their entirety without too much problems. Re camera can shoot 720p videos at 120 fps, while the standard more will be 1080p at 30 fps. The 16 MP sensor can capture around 1,000 images until it runs out of battery.