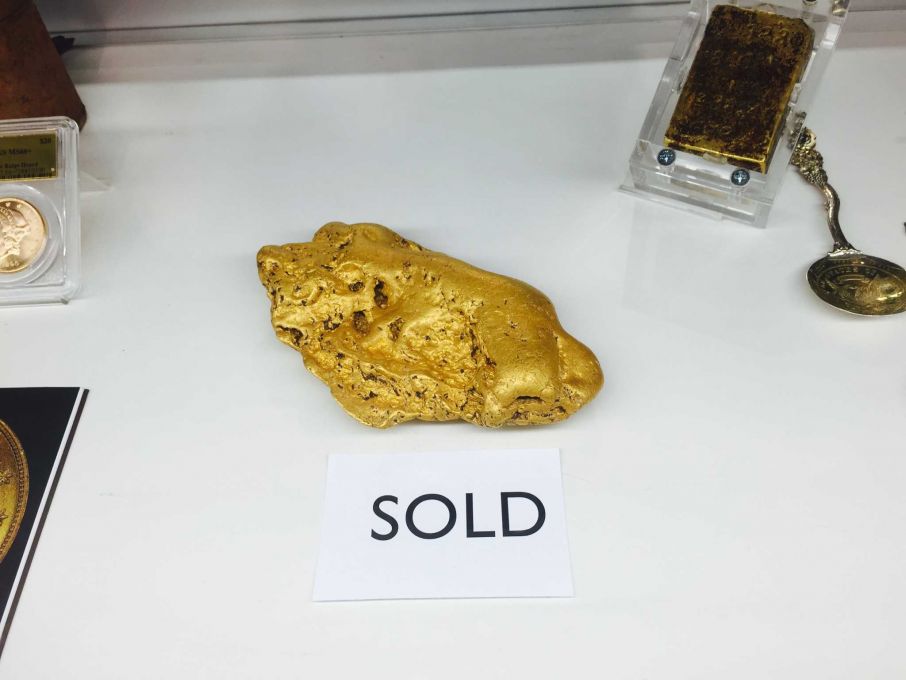 One of the largest gold nuggets discovered in modern times has been sold to a secret Bay area buyer for the record-price of $400,000.

The nugget, found in Northern California’s historic Gold County weighs exactly 6.07 punds (2.8 kilograms) and has been expected to carry a price tag of approximately $350,000. According to the San Francisco Chronicle, the nugget’s owner had asked dealer Don Kagin to maintain the secrecy of his name as well as the location of the discovery.

Kagin, the Tiburon-based coin dealer, announced on Saturday that the sale had been finalized and that a “prominent Area collector” paid approximately $400,000 for the nugget, which wasn’t far from the initial asking price. Kagin did honor his promise, so that the new owner of the Butte Nugget as well as its exact price will remain mysteries.

“Let’s just say it’s a win-win for everybody,”

the coin dealer said, also adding that the Butte Nugget had gone up for sale on Thursday and that its sale had been finalized on Friday evening.

The nugget’s discoverer, a gold hunter, is believed to have found it somewhere in the mountains of Butte County in July. He too asked Kagin that his name and the location of discovery not be publicly shared.

The nugget is alleged to have caused a frenzy among both gold and history buffs. Reporters mentioned that one bidder had inquired about the rare piece from Australia.

“But he was the first person to make an offer and he had the right prices.”

Gold nuggets have been found in Northern California before, especially dugong the 19th century Gold Rush. During that period, gold hunters actually uncovered 54-pound chunks also located in Butte County. However, decades have passed without any reports of gold hunters discovering a rock of over 6 pounds in California.

The nugget will remain on public display until Sunday, when the antiques show will come to an end.

McCarthy noted that the nugget’s discoverer was extremely pleased with the sale.