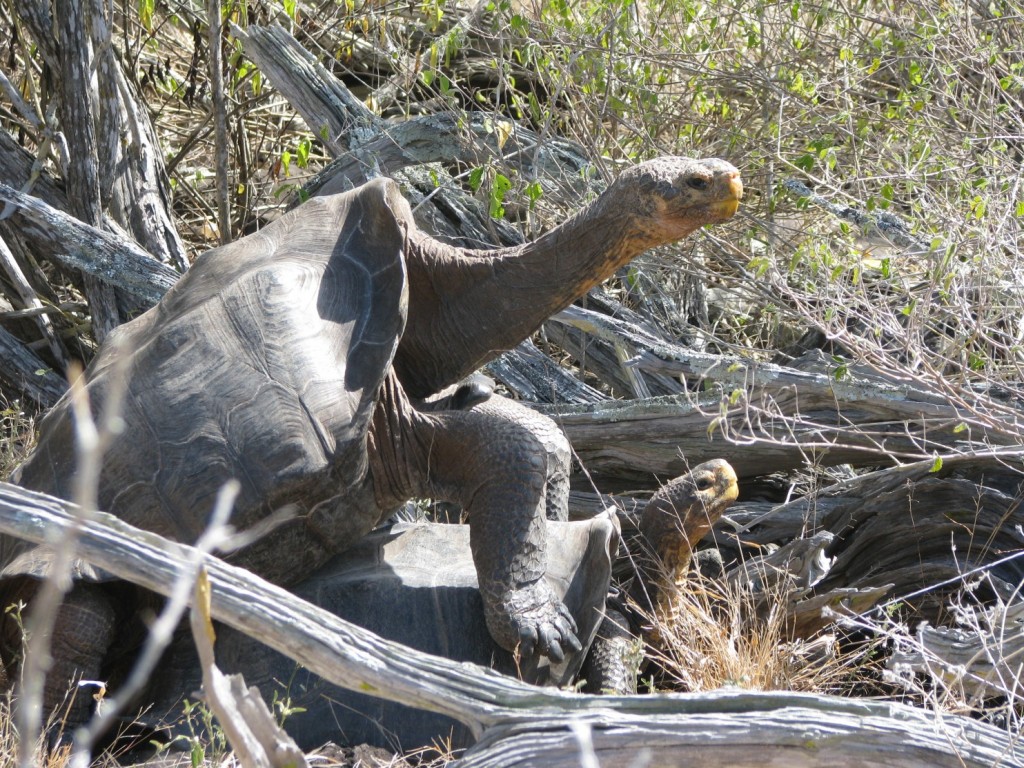 The Galapagos tortoise was close to going extinct in the 1960s, but thanks to conservationist projects, the species thrives again on the Galapagos island of Espanola located 600 miles west of Ecuador. The archipelago benefits from a rich fauna that constituted Charles Darwin’s main source of inspiration for his theory of evolution. The British scientist visited Galapagos in 1835.

A study published in Plos One reports that at this point more than 1,000 tortoises roam freely on the island. Forty years ago there were just 15 of them. A male tortoise from San Diego Zoo joined the last 12 females and two males living on the island in the 1960s.

Conservationists gathered them on another smaller island where they started to reproduce, said lead study author, James Gibb, professor of vertebrate conservation biology professor at the State University of New York College of Environmental Science and Forestry. Half of the 2,000 individuals released in 1975 are alive and breed on the island.

Prof Gibbs explained that without intervention, the turtles wouldn’t have had any chances of mating. “They were so rare at that point, they couldn’t find one another. Many of the females had lichens growing on their backs, and fungi, that indicated they hadn’t been mated in a very long time,” Gibbs said.

The Galapagos tortoise can live 150 years, although one captive individual lived at least 170 years. The tortoise can weigh up to 550 lbs (250 kg). Because of its slow metabolism, the animal can sleep up to 16 hours a day.

Between 5,000 and 10,000 turtles lived on the island before the arrival of people. During the 18th and 19th centuries, seamen captured them to enjoy fresh meet during long voyages, as the tortoise can live up to a year without food or water.

However, another animal suffered for the Galapagos tortoise to survive. Although sailors captured tortoises, they left somehing in return – goats. For 80 years, the sailors’ legacy ate every green leaf they discovered, turning Espanola into a dust bowl, as Gibbs put it. Concerted efforts to get rid of goats have achieved their goals in the 1990s. It will take a very long time for the ecosystem to fully recover.

While the Galapagos tortoise population successfully recovered on Espanola Island, a close relative living on a nearby island is already classified as extinct. The last Pinta tortoise, Lonesome George, died in captivity in 2012.