You are here: Home / Health / First Ebola Patient Was an Infant from Guinea 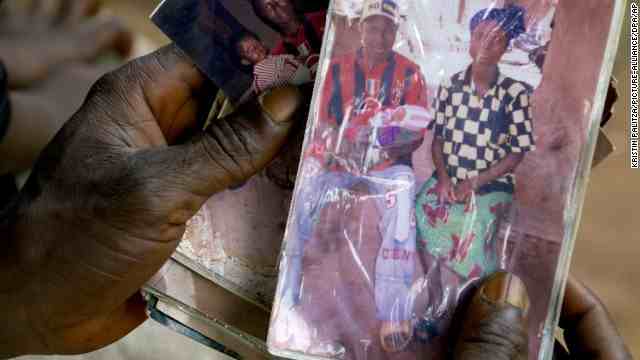 While it is not known for certain how the little boy was infected, we do know that Ebola can spread from animals to humans through tissue or infected fluids. Fruit bats are the carriers of this deadly disease; they are also a delicacy in some African countries.

The World Health Organization states that:

In Africa, infection has been documented through the handling of infected chimpanzees, gorillas, fruit bats, monkeys, forest antelope and porcupines.

It was discovered that on December 4, Emile Ouamouno developed a fever, started vomiting and had black stools. Only four days later, the little boy was dead and within a month, so were his mother, grandmother and 4-year-old sister.

Emile’s father, Etienne Ouamouno, talked to UNICEF about his loss:

Before my children Emile and Philomène died, they loved to play with a ball. My wife liked to carry the baby on her back.

The Ouamouno family lived in Meliandou, a simple village close to the borders with Liberia and Sierra Leone. Scientists know that in a place where people live in brown huts, disease is very easily spread. Such was the case with the Meliandou village.

Apparently, more people from outside the village became infected after attending the grandmother’s funeral. It was reported by the New England Journal of Medicine that the first Ebola patient spread the disease to his grandmother, who then became infected at the funeral, who, in turn, spread the Ebola to her relatives in another village.

She was treated at a hospital in Macenta, 80 kilometers from where Emile, the first Ebola patient died. A doctor who treated her got sick and passed it to his brothers 133 kilometers away from Macenta. All the infected men died.

Right now, almost 5,000 people have died of Ebola. The countries who suffered the most losses are Sierra Leone, Liberia and of course, Guinea.