You are here: Home / Health / Fetal Alcohol Spectrum Disorder in US Higher than Suspected 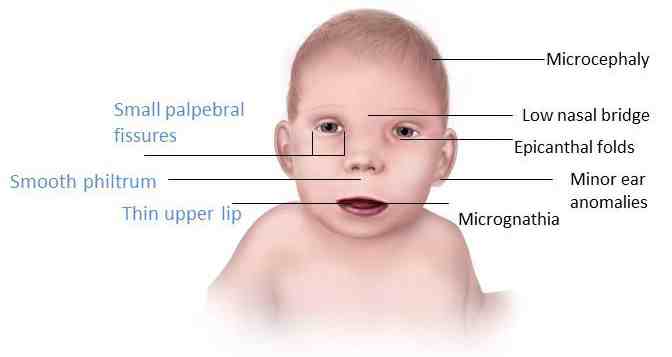 Drinking during pregnancy has been considered a taboo for a long time and a new research published in the print issue of Pediatrics has showed that at least one in twenty children born inside the US may have behavioral or health problems that are related to alcohol exposure while they were still fetuses.

Lead researchers, Philip May is a professor of public health at the University of North Carolina. He said that knowing that one must not drink when pregnant and not doing it are two wholly different things. He also believes that the high prevalence of children affected by a fetal alcohol spectrum disorder in US maybe due to the social pressure in changing drinking habits or the woman’s difficulty in doing so.

Fetal alcohol syndrome falls into the fetal alcohol spectrum disorders in US. It is the most severe end of the spectrum and children who suffer from this disorder never recover. They have abnormal facial features, such as small eye openings, smaller heads and a thin red border to the upper lip; they have growth problems and structural brain abnormalities and lots of behavioral issues, such as low attention span. They cannot function in society on their own and must always be cared for.

Dr. May and his researchers selected a representative town in the US for the study. The city had an average rate of annual alcohol consumption 14% higher than the rest of the US. It had 32 schools which housed more some 2,000 children in the first grade. The parents of around 70% of the first-graders allowed their children to take part in the study.

FASD is an umbrella term covering the full spectrum of permanent lifelong conditions, ranging from mild to severe, and encompassing a broad variety of physical defects and cognitive, behavioral, emotional and adaptive functioning deficits. As we have better methodology, we’re getting closer to the real prevalence, the real problem, and we need to stop the root cause of the problem.