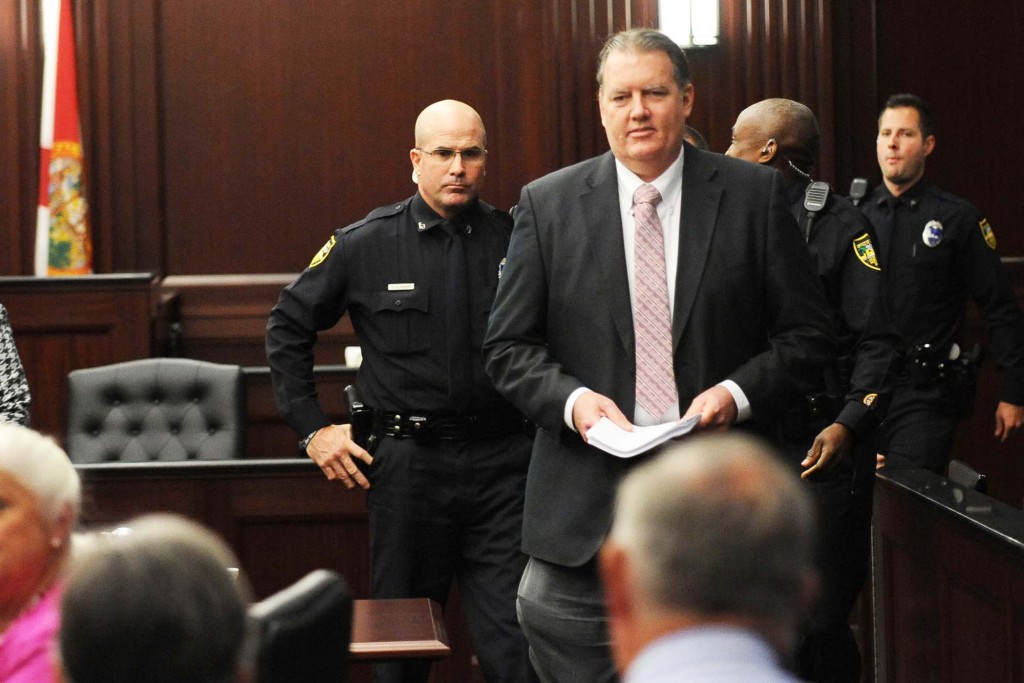 A Florida man found guilty of murder in 2012 was just sentenced to life in prison on Friday for the fatal shooting of an unarmed teenager with whom he had a dispute over loud music.

The judge presiding over the case, Russell Healey, added 90 years to Michael Dunn’s sentence for other charges, including the attempted murder of three other teenagers as well as firing a weapon into a vehicle.

After the verdict was read, Michael Dunn read an apology letter to Jordan Davis’s parents. Davis is the 17-year-old high school junior who was fatally shot by Mr. Dunn while sitting in a parked car with his friends. The man explained his desire of having done things differently:

“If I could go back and do things differently, I would. I was in fear for my life and I did what I felt I had to do. Still, I am mortified I took a life, whether it was justified or not.”

The shooter was tried two times for the first-degree murder charge, because the first proceeding was ended in a mistrial after jurors couldn’t reach an agreement on whether Mr. Dunn had acted in self-defense. A second jury only required six hours, however, to convict Dunn of murder at his second trial.

According to Mr. Dunn’s testimony, the only reason he pulled the trigger was the fact that the 17-year old had been pointing a shotgun at him. Investigators did not find any firearms at the scene and witnesses didn’t report seeing any weapons.

The shooting took place in Jacksonville, in a parking lot where the teenagers had been listening to loud rap music in their car. As Mr. Dunn asked them to lower de volume of the music, Davis cursed at him disregarding his request. According to prosecutors, this is when Mr. Dunn became enraged and reached for his gun, firing 10 shots at the teenagers.

“I, too, must be willing to forgive. And I choose to forgive you Mr. Dunn for taking my son’s life. I pray that God has mercy on your soul.”

Judge Healey addressed the court before delivering the verdict, claiming that our society has lost its moral compass.

“While that debate will continue, I’m sure. We should remember there is nothing wrong with retreating or deescalating the situation. Mr. Dunn, this tragedy could have and should have been avoided.”