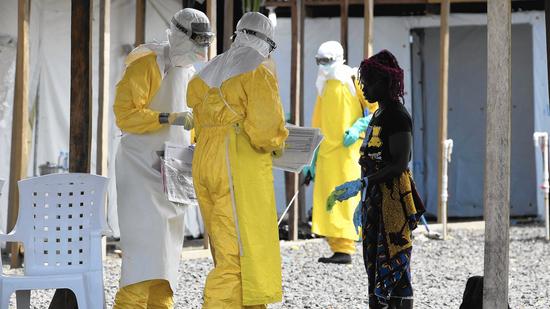 This Ebola outbreak is the most severe in the history of the disease. According to WHO, over 10.000 people in West Africa are believed to have fallen ill with the disease and the list of deceased surpasses 5.000. As if this weren’t enough, these reports have surfaced amid concerns about potential spread of Ebola in Mali. A two-year-old girl died of Ebola on Friday. She was taken by her grandmother from Guinea to a town in Mali, where she died, by bus.

The biggest concern right now is how many people who have come in contact with her, during the 700 mile trip, have contracted the disease. The biggest problem is that the child was already symptomatic (even bleeding through the nose), and therefore, infectious during the majority of the trip.

WHO’s response was to send a team of experts and equipment to combat a potential outbreak. This is the best course of action right now, which will prevent the situation from getting out of hand. Although President Ibrahim Boubacar Keita, of Mali, declared that all the individuals who came in contact with the girl were currently monitored, WHO is still trying to trace further contacts.

The dead child’s grandmother had gone to a a burial in Guinea which was not carried out with proper safeguards. Doctors say that this is the main means of transmission for Ebola in West Africa.

“We are paying dearly for this. But I think this will cause more fear than anything else. The case was quickly contained.” – President Keita to Radio France International

Another area that is at risk right now is the Ivory Coast, because Ebola has already been reported in six of the eight Guinean & Liberian districts near its border. Ebola has reached all districts of Sierra Leone, and all but one in Liberia. It doesn’t seem like the situation will be resolved soon because there is a serious shortage of staff and equipment. Also, there are not enough burial teams to deal with Ebola infected bodies.

At the moment, Liberia, Sierra Leone and Guinea are the three worst hit countries. They account for a total of 4.912 reported deaths. In addition to this, Liberia has 4.665 infected, Liberia 4.665, Guinea 1.553 and Sierra Leone around 3.896 cases, but WHO has reason to believe that there are more cases of Ebola that have not been reported. As a matter of fact, WHO believes that cases from Liberia are under-reported because citizens are refusing treatment and hiding in their homes.

The Health Organization hopes to contain 70% of West Africa cases until December 1. It also expressed its desire to contain the disease through safer burials and bring more health-care workers and equipment (especially treatment beds) to the continent.