You are here: Home / Tech & Science / Comet Smells Like Rotten Eggs and Pee 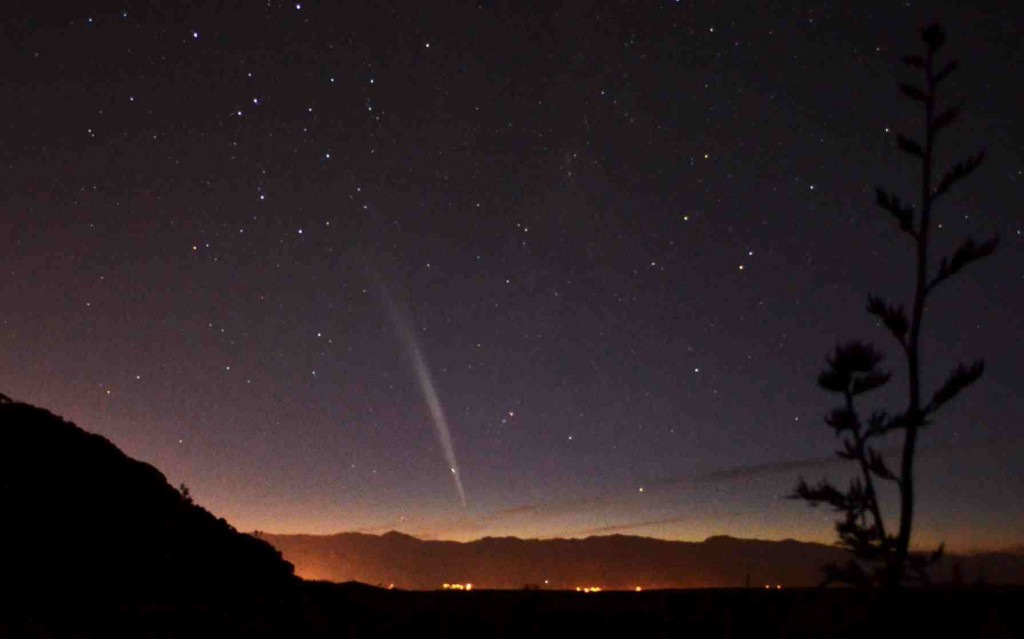 If you’ve ever wondered what a comets smells like, you’ve now got your answer: a comet smells like rotten eggs and pee. This piece of information was revealed by the Rosetta Orbiter Sensor for Ion and Neutral Analysis (ROSINA) probe with the help of two mass spectrometers and some previous data.

ROSINA used its two mass spectrometers to detect the smell of the comet 67P/Churyumov-Gerasimenko (67P/C-G) and it detected several known aromas that proved to be not the most pleasant aromas in the Universe.

A coma is the halo of material that surrounds any comet. This coma increases in intensity when the comet approaches the sun, because the particles heat up and sublimate. ROSINA used the spectrometers to detect and analyze the chemical makeup in the comet’s coma and what it found surprised scientists.

The newest ROSINA measurements revealed the presence of more gases, such as formaldehyde, hydrogen sulphide, sulphur dioxide, hydrogen cyanide and carbon disulphide. If a man were to smell this mix of gases, he would get quite sick, as the gases are very toxic to humans, but he would also find the smell absolutely repulsive. Looking at the list of gases, the conclusion that a comet smells like rotten eggs and pee is reached. Kathrin Altwegg, ROSINA principal investigator commented:

The perfume of 67P/C-G is quite strong, with the odour of rotten eggs (hydrogen sulphide), horse stable (ammonia), and the pungent, suffocating odour of formaldehyde. This is mixed with the faint, bitter, almond-like aroma of hydrogen cyanide. Add some whiff of alcohol (methanol) to this mixture, paired with the vinegar-like aroma of sulphur dioxide and a hint of the sweet aromatic scent of carbon disulphide, and you arrive at the ‘perfume’ of our comet.

The 67P/C-G is nearing the sun, which means that the coma will be releasing more foul-smelling molecules. This is good news for the scientists because they will be able to determine what the comet is made of.

They will also be able to compare the 67P/C-G to the Siding Spring, another comet which flew past Mars recently. The 67P/C-G comes from our own solar system, from the Kuiper Belt. Siding Spring comes from the Oort Cloud which is 1,000 times further away from the sun than the Kuiper Belt. A comparison between the two would be immensely beneficial to determining the composition of the nebula than made our own solar system. This comet smells like rotten eggs and pee, but the Siding Spring could smell different.