You are here: Home / National News / China Will Cut the Death Penalty for 9 Offenses 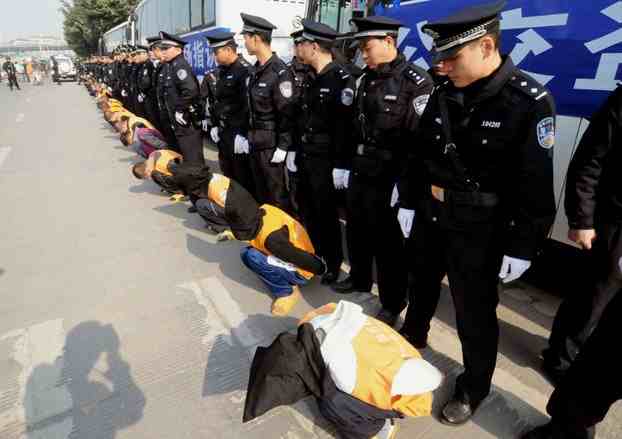 China will cut the death penalty for 9 offenses from a list of 55 crimes punishable by death. Human right groups are estimating that China uses the death penalty more times than any other country, although the Chinese government refuses to reveal the total number of executions.

The ruling took place on Monday and it was taken by the Communist Party’s state parliament. The official Xinhua state news agency said that the parliament is recommending lighter sentences for 9 offenses, including organizing prostitution and smuggling weapons.

This latest amendment is part of a bigger review of China’s criminal law and its legal system. In order to become legislation, the draft amendment needs to be approved by the National People’s Congress.

Xinhua reported that the crimes that would no longer require the capital punishment if the new amendment is voted and becomes law include:

[…] raising funds by means of fraud, smuggling weapons ammunition, nuclear materials or counterfeit currencies; counterfeiting currencies; arranging for or forcing another person to engage in prostitution, or obstructing a commander or a person on duty from performing his duties and fabricating rumors to mislead others during wartime.

The proposed punishment to replace execution would be life in prison. China will cut the death penalty for 9 offenses and human right organizations hope that a new wave of death penalty abolishment will follow in the years to come.

China will cut the death penalty for 9 offenses after another 13 crimes have been scrapped in 2011. Li Shishi, a government legal official revealed that the 2011 decision caused no negative effects for public security.

At this moment, the death penalty applies to 55 offences in China including serious corruption, drug trafficking and some more non-violent crimes.

As mentioned earlier, China has not revealed the number of executions it performs yearly, but human rights group, Dui Hua Foundation estimate that in 2013, China had executed around 2,400. The same group revealed that there has been a slow decline in executions since the beginning of 2000, when around 12,000 were executed.

The Supreme Court in Beijing is now forced to review all death sentences following a ruling made in 2007. Following examination of cases, the Court sent 39% of death sentences to provincial courts with requests for further evidence.

China will cut the death penalty for 9 offenses, but the Communist Party claimed that it will continue to be in control of the judiciary, as few analysts expect any major political change in the near future.