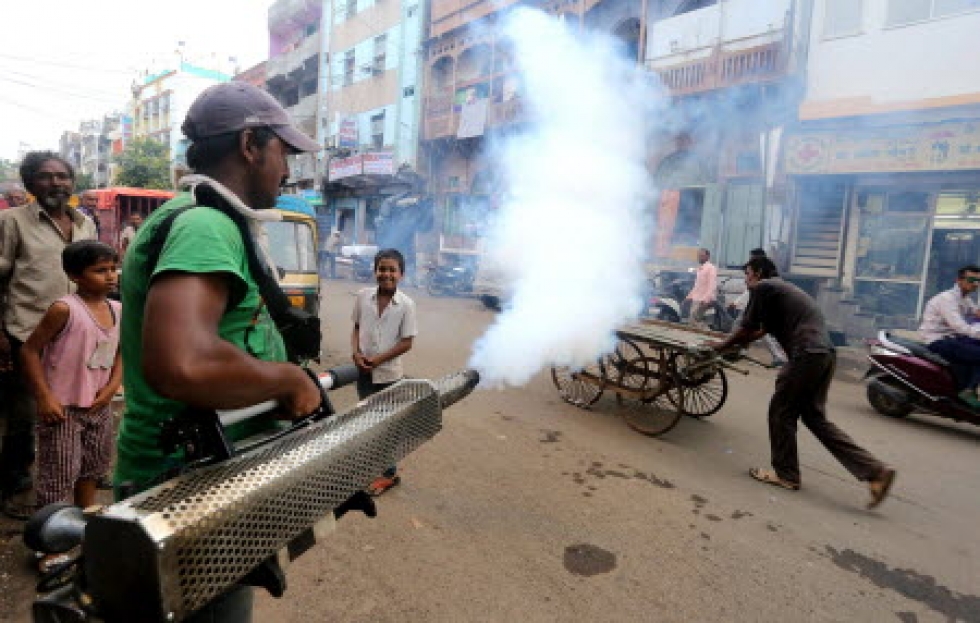 While Africa struggles with the worst Ebola outbreak in history, Asia has to deal with the worst Dengue virus outbreak in the last two decades. More than 23,000 people from southern China have been infected at the latest count on Monday. Official media reports that around 1,000 new cases are registered each day. Six people have died so far.

Dengue fever has first been noted in the second part of the 18th century. More than 100 countries have to deal with an epidemic that reached global scale after WWII. The Dengue virus is transmitted by mosquitos within the genus Aedes. Unfortunately, around 80 percent of the people infected with the virus do present no or mild symptoms, making an outbreak harder to contain. The incubation period ranges from 3-4 days to two weeks. People who got the virus will suffer from fever, headache, muscle and joint pains, along with a measles-like rash.

The virus can be fatal in a small percent of the cases. The “breakbone fever” as it is also called, puts most people in hospitals. While treatment is available, no vaccine has been discovered so far.

The authorities in Guangdong province in southern China reported that more than 21,000 cases have been registred by Sunday. The hot and warm weather caused the number of mosquito to go up five fold.

The World Health Organization calls dengue fever a “neglected disease”. The organization estimates that 50 to 100 million infections occur annually around the world.

The Chinese National Health and Family Planning Commission asked people to clear stagnant waters, a main mosquito breeding site. Construction sites, which are numerous in China, and schools, have been the main target of the message. People should wear long sleeves and pants to avoid getting bitten. Guangzhou, a city with more than 10 million people, set up 450 monitoring stations and the local authorities gave people mosquito repellent for free.

A main problem that threatens to amplify the outbreak is the fact that a national holiday on October 1 incentivized people to travel around the country.

“Dengue is an important problem. It’s set to increase and we aren’t doing enough to develop concrete tools for its control,” said Debarati Guha-Sapir director of the WHO Collaborating Centre for Research on the Epidemiology of Disasters, during an interview in March, Businessweek reports. “In China I would say that, with urbanization aggravated by climate change … the burden of disease is going to be a problem,”Guha-Sapir added.