You are here: Home / Health / Are Low-Carb, Ketogenic Diets a Possible Epilepsy Treatment? 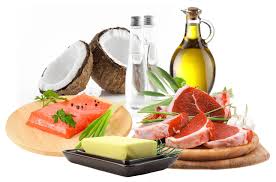 Epilepsy is quite difficult to treat and especially difficult to manage as a patient, so doctors are constantly attempting to find possibilities of better handling its symptoms. A recent review of five studies has analyzed the effects that a low-carb, high-fat (or a ketogenic) diet may have on controlling difficultly treated epilepsy.

The modified Atkins diet focuses on foods such as bacon, eggs, heavy cream butter, fish, butter and green vegetables while prohibiting starches, sweet fruit and any carbohydrates so as to reduce seizures in patients whose conditions don’t improve despite medication.

“We need new treatments for the 35 percent of people with epilepsy whose seizures are not stopped by medications,”

“The ketogenic diet is often used in children, but little research has been done on how effective it is in adults.”

Authors published their work in on October 29th in Eurology.

As researchers noted, the benefits of these diets happened rather quickly, in a matter of days or weeks after patients began following the indicated diets and only persisted when patients continued rigorously on their regime.

Another positive aspect of these diets was that patients experienced weight loss rather than weight gain, researchrs said.

“Unfortunately, long-term use of these diets is low because they are so limited and complicated,”

“Most people eventually stop the diet because of the culinary and social restrictions. However, these studies show the diets are moderately to very effective as another option for people with epilepsy.”

“For persons with epilepsy who have difficult-to-control seizures, a dietary treatment rather than trying another antiseizure medication has a lot of appeal,”