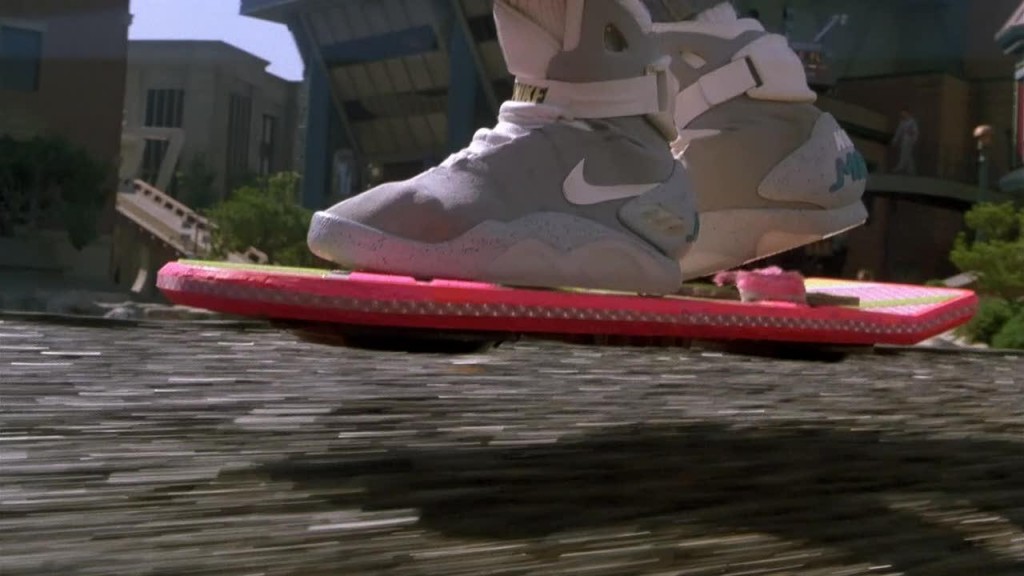 While there are numerous things that can hover, from helicopters to hovercrafts, there has been one thing that both engineers and movie enthusiasts have waited for: a hovering skateboard, much like the one in “Back to the Future Part II.”

Although it is fiction and depicts the vision of screenwriters who created the concept about Marty McFly, who flees bullies by floating on his skateboard, the idea may just be applicable with a bit of inspiration.

For over 25 years, engineers, garage tinkerers, physics professors and Google experts alike have attempted to finally produce one. However, the latest in hoverboard development has come from Greg and Jill Henderson, a Northern California couple attempting to finally make the dream real.

Reporters visited the couple recently and were amazed to see that their invention allowed for a person to stand atop the skateboard-like contraption floating above a copper surface. The prototype allows a person to hover about an inch above ground, however, a gentle push was enough to disturb the delicate balance between the 190 pound user and the 100 pound board.

Apart from the Hendersons, there are many others who have also poured their life savings and energy into developing hover technology: Dustin Rubio, for instance, a 39-year-old electrician has also attempted to create a small hovercraft by modifying a leaf blower, some plywood and plastic. His daughters use the contraption to glide down the driveway.

“I was like I’m just gonna make something funny and see if it works,”

Rubio said, although admitting that his invention wasn’t technically a hovercraft.

Other teams have taken Bob Gale’s vision and attempted to translate it into reality: the writer of the “Back to the Future” trilogy had imagined that these hoverboards would float on magnetic fields, much like magnetic levitation trains. Rich DeVaul, for instance, together with Dan Piponi, Google mathematician also tried to crack the hoverboard by creating a finger-size piece of carbon that hovered above a lattice of magnets. They weren’t confident, though, that such an invention could have been used efficiently.

“I was racking my brain because I so wanted to build this damn thing. We weren’t sure exactly what big problem we were solving except for this global lack of hoverboard skate parks.”

Superconductors were also considered, as a team of scientists led by Alan Sacuto attempted to levitate liquid-nitrogen-filled skateboards on smoking cold superconductors which could ride across a specially created five-meter magnetic rail.

Despite these attempts, the “Hendo Hoverboard” seems to be the only functional creation to date, and Mr. Henderson, its creator, isn’t keen on selling it just yet.