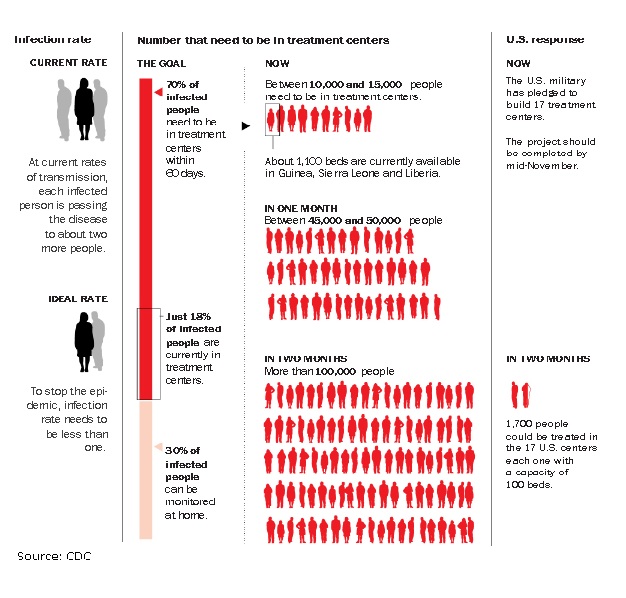 The Justice Department has just won an important battle that will allow for $750 million in war funds to be shifted towards the fight against Ebola in West Africa. A Republican senator has lifted his objections to the transfer, thus allowing operations to commence.

By lifting his objections, Senator James Inhofe of Oklahoma has just granted the Pentagon sufficient funding for approximately six months of intense operations in West Africa. The U.S. will now deploy around 4,000 troops that will establish 17 new Ebola treatment facilities, each containing at least 100 beds.

However, the remaining $250 million that president Obama pledged to shift towards the Ebola effort are still being withheld by key members of Congress.

Senator Inhofe, the top Republican on the Senate Armed Services Committee, had raised questions about the lack of a coherent strategy to combat the spread of the hemorrhagic fever in Western Africa. He also noted that there aren’t sufficient details as to how the U.S. military staff is going to be protected from a possible exposure to the deadly virus. However, after seeing how the situation has continued to escalate, the senator reconsidered his position.

“After careful consideration, I believe that the outbreak has reached a point that the only organization in the world able to provide the capabilities and speed necessary to respond to this crisis is the U.S. military.”

Inhofe said in a Statement.

He then joined two other senior Republicans in the House of Representatives who had also agreed to permit the funds shift on Thursday. Until now, there have been no objections from Democratic leaders on the House and Senate Armed Services committees.

What Senator Inhofe noted, however, was that an indefinite commitment of United States troops was out of the question in the fight against Ebola.

“Because of the failure of the Obama administration to responsibly and strategically plan in advance for how the U.S. will be involved in West Africa, it will be difficult for me to support any further last-minute funding requests using military resources. That is why I have insisted another more appropriate funding source be identified for operations beyond six months.”

Senator Inhofe added in his statement.

The outbreak has reached colossal numbers according to WHO estimates, with a death toll that has crossed the 3,800 mark. According to CDC reports, there is a total of 10,000 to 15,000 people that need to be admitted in treatment centers, however, only 1,100 beds are available in stricken countries. At this rate, over 100,000 people will have to be hospitalized in two months so that the virus stops spreading.