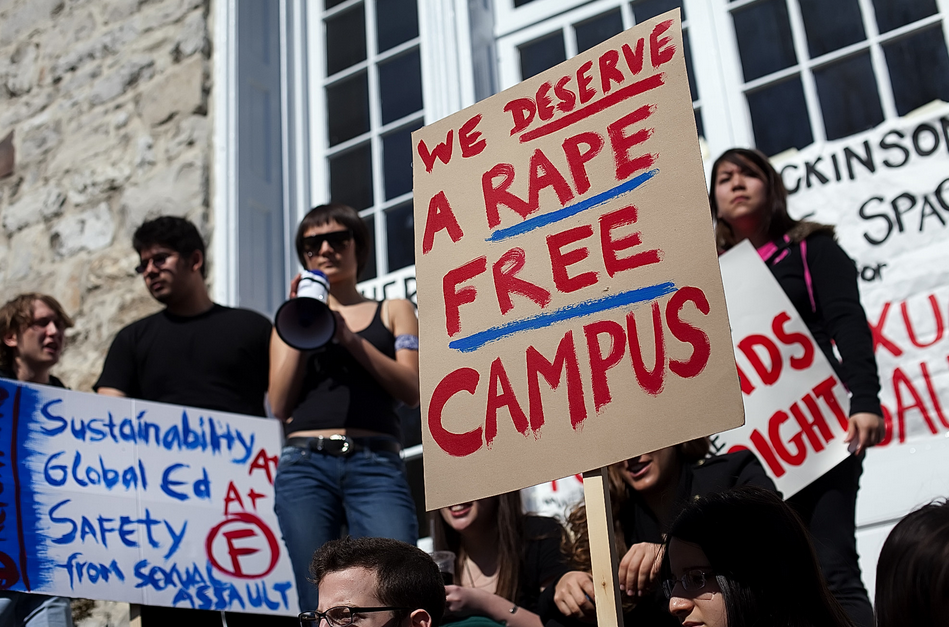 While vetoing the drone bill proposed by Assemblyman Jeff Gorell, California Gov. Jerry Brown announced on Sunday that he had signed the bill that requires colleges to follow certain steps when investigating sexual assault claims. After adopting the “Yes means yes” bill, California became the first state in the nation to define sexual consent according to SB967.

The bill, written by Sen. Kevin de Leon, D-Los Angeles, was approved last month by state lawmakers. It comes in a critical time, when states and universities around the nation are under pressure to change their approach on rape allegations. Governor Brown has received countless petitions from campus sexual assault victims as well as women’s advocacy groups, urging the Governor to sign the bill.

According to De Leon, the bill will start a paradigm shift on how sexual assault investigations in campuses around California are approached. Until now, the refrain “no means no” represented the manner in which consent (or in this case lack thereof) had been given. De Leon’s bill proposes that sexual consent be evaluated as “an affirmative, conscious and voluntary agreement to engage in sexual activity.”

“Every student deserves a learning environment that is safe and healthy. The State of California will not allow schools to sweep rape cases under the rug. We’ve shifted the conversation regarding sexual assault to one of prevention, justice, and healing.”

De Leon said during a statement on Sunday night.

His proposed bill clearly states that silence or lack of resistance does not represent consent. Additionally, under the legislature, someone who is unconscious, drunk, drugged or asleep cannot grant consent. However, some lawmakers say that consent can be nonverbal, and universities following similar policies have also stated that a nod of the head or moving in closer to a person is considered consent.

Faculty reviewing complaints will be required to undergo training so that victims are not asked inappropriate questions when complaints are being filed. Counseling, health care services and other resources are also mandated by the bill.

Those who oppose the bill claim that it overreaches and has universities sink into murky legal waters.

Gordon Finley, for instance, adviser to the National Coalition for Men, claims that the bill presumes the guilt of the accused.