You are here: Home / Uncategorized / Wisconsin Gay Marriage Ban Invalidated in US Court

The United States court of appeals finally ruled against the bans against gay marriage in Wisconsin and Indiana. According to the U.S. appeals court, such bans are unconstitutional and therefore invalid.

On Thursday, a three judge panel from the U.S. Circuit Court of Appeals in Chicago made their ruling public and unanimously declared that bans against same-sex couples were in violation of the United States Constitution. Their ruling came after arguments had been presented in the court just two weeks before. 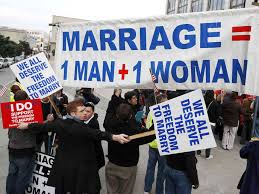 The Republican appointee, Judge Richard Posner, not only wrote the largest part of the ruling but also explained that such bans were in violation of the guarantee of equal protection that the United States Constitution guarantees. Judge Posner added that the arguments provided by the states of Wisconsin and Indiana were completely implausible and could not defend the unconstitutional bans.

This Chicago ruling is the third of its kind in favor of gay marriage.

On the other hand, gay rights groups were exalted with the court’s decision. Hoosiers Unite for Marriage, for instance, a rights group backing the challenge to the ban on same-sex marriage in Indiana, expressed their gratitude for the speedy ruling in favor of couples wanting to tie the knot.

There are currently three such cases pending at the United States Supreme court and it is believed that the issue will be discussed during the coming term, starting in October.

Since 1996 when the Supreme Court ruled against a key part of the Defense of Marriage act, more than 30 U.S. courts have handed in rulings in favor of gay marriage. Until then, states could refuse the recognition of same-sex marriages that had occurred in other states.