You are here: Home / National News / Concerns Raised at the White House after Intruder’s Past is Revealed 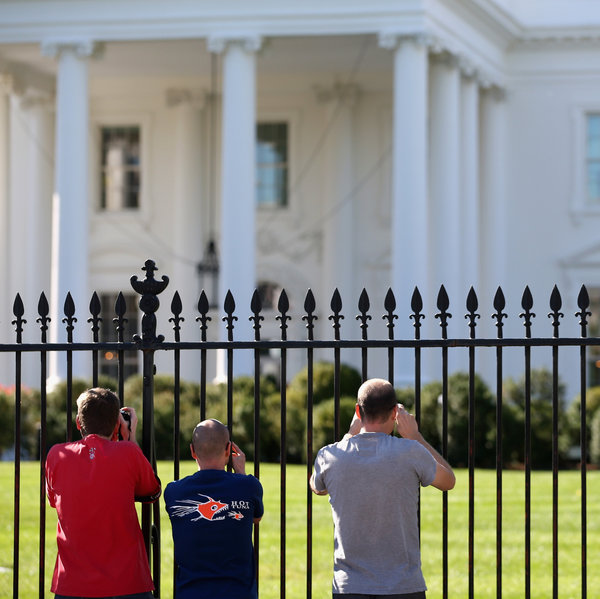 After the Friday incident in which Omar Jose Gonzales attempted to scale the iron fence surrounding the White House, prosecutors have now revealed troubling information about the intruder.

Friday’s events weren’t isolated at all, as many had believed. In fact, the man was detained by Secret Service officers just last month, as he was standing in front of the White House with a hatchet. He was eventually let go, despite his earlier arrest this summer, when the Iraq war veteran had been found to have a mini-arsenal of semiautomatic weapons, complete with a sniper rifle and a map marking the White House.

Additionally, prosecutors brought new information to light, showing that Mr. Gonzalez, age 42, was also carrying two hatchets, a machete and 800 rounds of ammunition in his car when police officers raided it after Friday’s fence jumping incident.

On Monday, a judge agreed with prosecutors’ requests that Mr. Gonzales remain in custody for another month, until his next hearing, as he is believed to represent a danger to President Obama.

Mr. Gonzales is from Coppers Cove Texas and is believed to have been living out of his car before the incidents occurred.

In light of recent findings, the Secret Service is now under harsher scrutiny, as more questions were raised as to whether the agency could have prevented the breach. The Secret Service, which is responsible for the protection of the United States President, has come under criticism on Monday, especially after some voices claimed that lethal force should have been used against Mr. Gonzales as he was sprinting toward the White House.

According to Secret Service director Julia A. Pierson, a full investigation concerning the incident is underway. She noted that Mr. Gonzalez’s ability to enter the perimeter around the presidential residence was unacceptable and that the Secret Service was now reviewing a possible change of security protocols for tourists in the area.

However, director Pierson defended the agency, claiming that this harsh news media attention on a handful of mistakes simply obscures the complex and difficult work that her 6,500 agents, officers and employees do.

“I don’t think the average American realizes the amount of work and complexity that goes into securing these events,” director Pierson noted during a 15 minute interview.

And while director Pierson may be right about some things, there are others where the media does raise legitimate questions. For instance, the presidential trip incident in 2012 where the agency’s reputation was utterly tarnished as a dozen agents was fired for having prostitutes in their rooms. Or when a Secret Service agent was so drunk that he passed out in the hallway of an Amsterdam hotel room.

Utah Representative Jason Chaffetz also addressed the issue: “I do question the director’s leadership. This is a place where we can never, ever make a mistake.”