You are here: Home / National News / Is the Utah Public Lands Initiative Still Worth Pursuing? 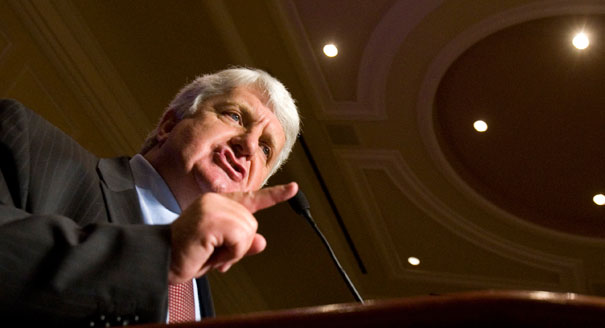 The Utah Public Lands Initiative represents the proposed solution for the 18 million acres in southeastern Utah that Republican congressman Rob Bishop is trying to carry through. The “Bishop public lands initiative” aims to create areas for recreation as well as oil, gas, mining and potash extraction.

However, in spite of how it looks on paper (a bill that stands on the ideals of creativity and compromise and offers a win-win situation for all those involved), actually passing this piece of legislation is described by many as a long shot.

The reason for which this bill is an almost unwinnable uphill battle is the fact that the expansion of the 18 million acres while involving so many stakeholders is absolutely unconceivable. How can one bill propose the perfect solution for commissioners, Native American tribes, lawmakers, landowners, fishermen, cattlemen, politicians, oil corporations, wilderness foundations and drillers? Bishop faces the mission of getting all of these sides invested not in their own interests but in the same lands initiative.

While some investment proposals are finalized (the Emery County one, for instance), other parts of the puzzle fall apart: several counties which have less land involved in the initiative are threatening to leave the negotiation table and with each advance that the initiative takes, there’s a corresponding step back to make sure it doesn’t really move forward.

Stakeholders keep furthering their own objectives and for them it’s business as usual and if the initiative doesn’t come through, neither of them wants to be left holding the short straw. The Southern  Utah Wilderness Alliance for instance, has been negotiating in the initiative talks while also supporting the Red Rock Wilderness Act, which should protect BLM-administered areas that are laden with red rock features.

As such, these wilderness groups can either move on with the initiative if it does go through in the end, or make sure that they still move in some direction if it doesn’t.

Another aspect threatening the initiative is the Greater Canyonlands National Monument Proposal that would incorporate 10% of the 18 million acres involved in the initial proposal. Stakeholders would also be forfeiting a significant amount of their interests which suddenly turns this proposal from the expansive “land use possibility“ to the “protected land use reality“.

The proposal involving the National Monument was brought back to interest when 14 senators wrote presidend Obama that the Antiquities Act should be used to establish the monument (as Clinton did with the Staircase-Escalante National Monument). None of these senators were from the state of Utah.