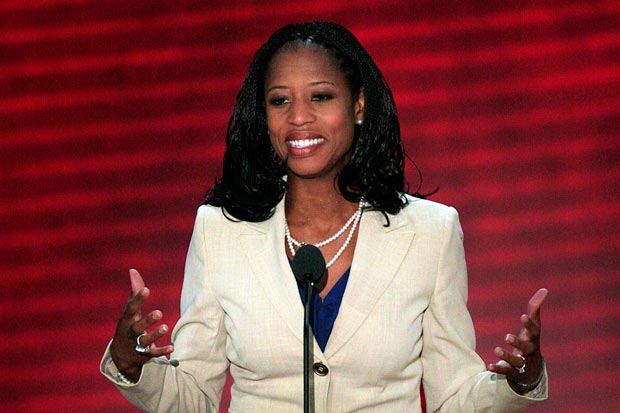 One of the most popular Republican’s Party candidates is being targeted by Utah Democrats, who are blasting Mia Love, stating on the website that she is too extreme.

On the website in question, Utah Democrats claim that they are trying to educate voters. However, Republicans as well as Mia’s campaign describe the website as a desperate attempt made by democrats to slander her, all the while knowing that the Democrat candidate will lose to Mia come Election Day.

According to Matt Lyon, the executive director of the Utah Democratic Party, Mia Love is a very polarizing political figure and it’s precisely because of this that she has become a target.

Mia Love is now running for the 4th Congressional District against Doug Owens and Utah Democrats don’t shy away from accurately describing how they feel about the Republican candidate on their website.

According to them, Love is both inexperienced and extreme for students, families, taxpayers and seniors, and that these flaws will cost us in the end. Lyon added that her statements throughout her campaign prove that her viewpoints are too extreme for Utah voters.

Democrats have accused Love of wanting to eliminate the Department of Education, increase taxes on the middle class and also cut benefits to senior citizens. They are requesting donations on this new website they have created.

On the other hand, Dave Hansen, campaign manager for Mia Love, explains that all Democrats are trying to achieve is to scare Utah voters away by falsely accusing Mia. He added that Mia’s attackers are using information from the 2012 elections, which was also false then, and is certainly false now.

In response to Hansen’s statements, Lyon pointed out that the website does not attack Love’s character, rather talks about issues and positions that the Republican candidate has taken concerning Utah matters.