You are here: Home / National News / Is Obama Involving the U.S. In a War that Might Require More than Americans Bargained for? 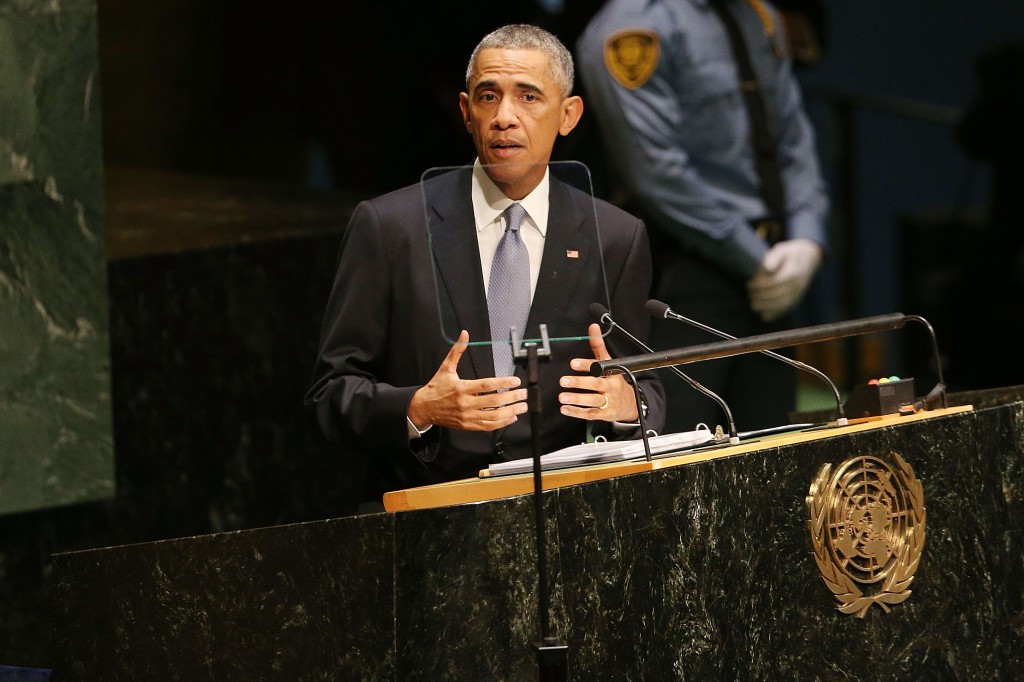 During a speech at the U.N. on Wednesday, president Obama vowed to continue fighting the terrorist group ISIS. He involved the United States and its people in what many could call a newly started war that might drain resources which could be better used in the country instead of outside of it. The U.S. President charted a muscular course of the United States, suggesting that the U.S. military would, by cooperating with allies, dismantle ISIS’s network of death. President Obama did not fail to warn Russia that repercussions would follow for its bullying of Ukraine.

President Obama’s speech at the U.N. comes only two days after airstrikes were conducted together with Arab allies against militant targets in Syria. He urged the world’s countries to join in the effort that could efficiently eradicate the warrior group that is waging a battle against democracy. Mr. Obama noted that the coalition has already set up a plan that would not only equip fighters to stand against the Islamic State, but also cut off its financial support and stop the flow of new recruits.

He also warned new recruits that they should leave the battlefield while they still have time, suggesting that the coalition will continue to strike the extremist group.

“For we will not succumb to threats, and we will demonstrate that the future belongs to those who build, not those who destroy. [The brutality of the militants] forces us to look into the heart of darkness”

However, the U.S. President noted that the ISIS crisis was just one of the most urgent global challenges that the U.S. faces and must take lead in. He added that there are several other situations that the U.N. needs to actively become part of: from the campaign to confront climate change, to the Ebola outbreak that is decimating the population of West Africa and even the brokering of a unity government in Afghanistan.

What Mr. Obama’s speech revealed was a different president than the one from last year, who addressed skeptical world leaders and just offered a list of American priorities in the Middle East. On Wednesday, President Obama spoke like a wartime leader and reaffirmed his conviction that the United State would act as a guarantor of international order, an order that according to him, is under acute stress.

The question on everyone’s mind, however, is whether President Obama isn’t involving the United States in a war that none of its citizens supports.