You are here: Home / National News / U.S. and Allies Begin Airstrikes against ISIS in Syria 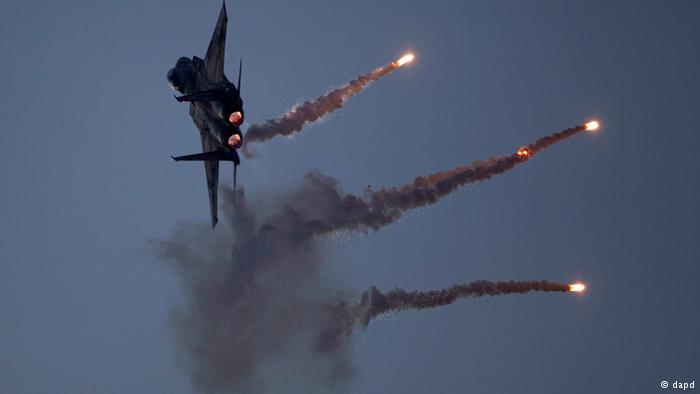 A torrent of cruise missiles as well as precision guided bombs rained over Syria early Tuesday, as the United States and its allies began airstrikes against ISIS targets on Syrian territory. The attacks were targeting the town of Raqqa, located along the Iraqi border, believed to be the capital of the extremist group.

American fighter jets as well as Predator and Reaper drones flew alongside warplanes that had taken off from Arab allies as they struck several targets in Islamic State controlled territory. According to American defense officials, the targets included not only weapons supplies, depots or barracks but also command and control buildings used by the militants.

“Given that these operations are ongoing, we are not in a position to provide additional details at this time. The decision to conduct these strikes was made earlier today by the U.S. Central Command commander under authorization granted him by the commander in chief,” the press secretary added.

Tuesday’s attacks represent an important moment for President Obama’s campaign against the terrorist group known as the Islamic State, as it opens up a risky stage for the military endeavors. Before Tuesday, the administration had suggested that it would take weeks (or even months) until a bombing campaign is initiated against ISIS targets in Syria.

The strikes were a collaborative effort, in which Bahrain, Jordan, Qatar, Saudi Arabia and the United Arab Emirates all participated in. While the Arab governments haven’t confirmed their participation yet, announcements are expected later on.

The main difference between past bombings in Iraq over the past month and Tuesday’s airstrikes is size. Previous attacks were small-bore bombings involving individual ISIS targets. Recent attacks in Syria, however, marked the beginning of a sustained bombardment at targets in Raqqa and on the border.

Defense officials informed the public that the main goal of the campaign was to rob the Islamic State of its Syrian safe havens.

President Obama also delivered the administration’s ultimate goal, which is to form a global coalition so strong that will eradicate and destroy the cancer-like organization that it the Islamic State. The U.S. president noted that this would be a long-term effort and that it may put some American troops at risk.