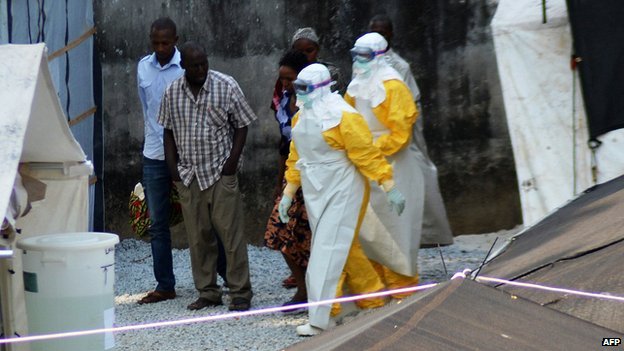 A three day nationwide lockdown has just begun in Sierra Leone, one of the West African countries struck by the deadly Ebola outbreak. Authorities are attempting to contend with the never before seen lethal thrust that the hemorrhagic virus has across West Africa. Experts, however, fear that such measures may do more harm than good.

Sierra Leone is one of the nations that was hit the worst by the outbreak and in their desperate efforts of preventing the spread of the virus, authorities have issued a ban preventing citizens from leaving their homes between Thursday and Sunday. Authorities have committed massive resources in preparation for the three day ban, during which health workers will be inspecting every individual household to identify new cases. Additionally, more than 21,000 police officers and soldiers will be prepared to maintain order and ensure that no one in on the streets during the three day lockdown.

Officials say that this measure would help contain the deadly disease that has taken the lives of 2,453 people so far, across Liberia, Sierra Leone and Guinea. According to reports from the World Health Organization on Tuesday, the outbreak is projected to reach a toll of 20,000 deaths.

While some have agreed to the measures imposed by the government, some medical officials have suggested that such a situation could cause escalations similar to those that occurred in Liberia, where riots were fueled by imposed quarantines. Additionally, such lockdowns could also lead to abandonment of sick citizens and food shortages.

“It has been our experience that lockdowns and quarantines do not help control Ebola as they end up driving people underground and jeopardizing the trust between people and health providers,” Doctors without Borders officials said in a statement. According to them, such lockdowns only contribute to the concealment of cases and leads to the spreading of the disease despite all efforts.

Doctors without Borders representatives also noted that during the lockdown in Sierra Leone, health workers might not own the proper equipment to ensure an accurate diagnosis of infected cases. Additionally, even if cases are correctly identified, Sierra Leone lacks the infrastructure and resources to ensure the proper medical attention for more sick people.

Until now, around $838 million has been pledged by donors, nations and organizations in the fight against the deadly illness, although just $155 million of that sum was in fact delivered. The World Health Organization has estimated that around $1 billion is needed to tackle Ebola efficiently and in such a rate, it seems authorities aren’t getting anywhere fast.

The U.S. government alone has promised $500 million of the total and on Tuesday, authorities said that around 5,000 members of armed forces would proceed to a command center that is being set up in Monrovia, the Liberian capital.