You are here: Home / National News / Secret Service Forced to Improve its Game after Security Breach 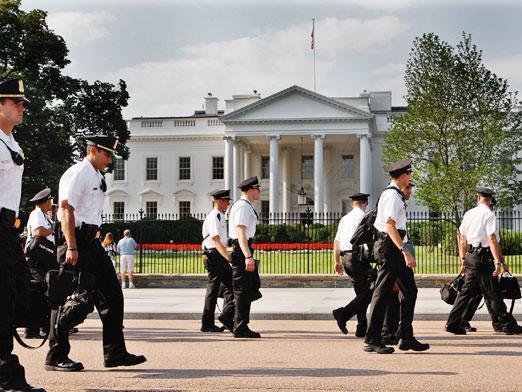 The Chairman of the House Intelligence Committee informed the United States Secret Service that its performance needs serious improving after the unfortunate fail on Friday when a fence jumper managed to dash all the way to the front door of the White House.

Rep. Mike Rogers, R-Brighton described the incident in which the 42 year old Texas man managed to bring a 3 ½ inch knife to the White House, as being a testimony to the Secret Service’s shortcomings, suggesting that more internal checks are in order.

“They are not doing their audits, their checks, their test runs to make sure that people are up to the right standard,” , Mike Rogers told reporters. The former FBI agent has harshly criticized the Secret Service’s actions and clear mistakes. According to him, atrophy of concern is an enormous problem for any security force.

On the other hand, the Secret Service itself described the incident as being unacceptable, insisting that a full review would follow to determine that all protocols had been correctly followed.

“It’s just a matter of the Secret Service upping their game to make sure that they can maintain — that every detail matters — a door locked, a quick reaction when somebody hits the fence and over the gate,” Rogers mentioned during his statement. “I think they are going to need to reinstate some of these ongoing checks about what activities they participate in.”

The fence jumper was identified as a 47 year old Iraq veteran that claimed to have wanted to discuss recent situations with President Obama, in hopes that he might warn those in danger. According to he man’s acquaintances, he had become paranoid over the last period.

Just a day after the fence jumping incident, another curious occurrence had security personnel arrest a man who refused to leave when asked.