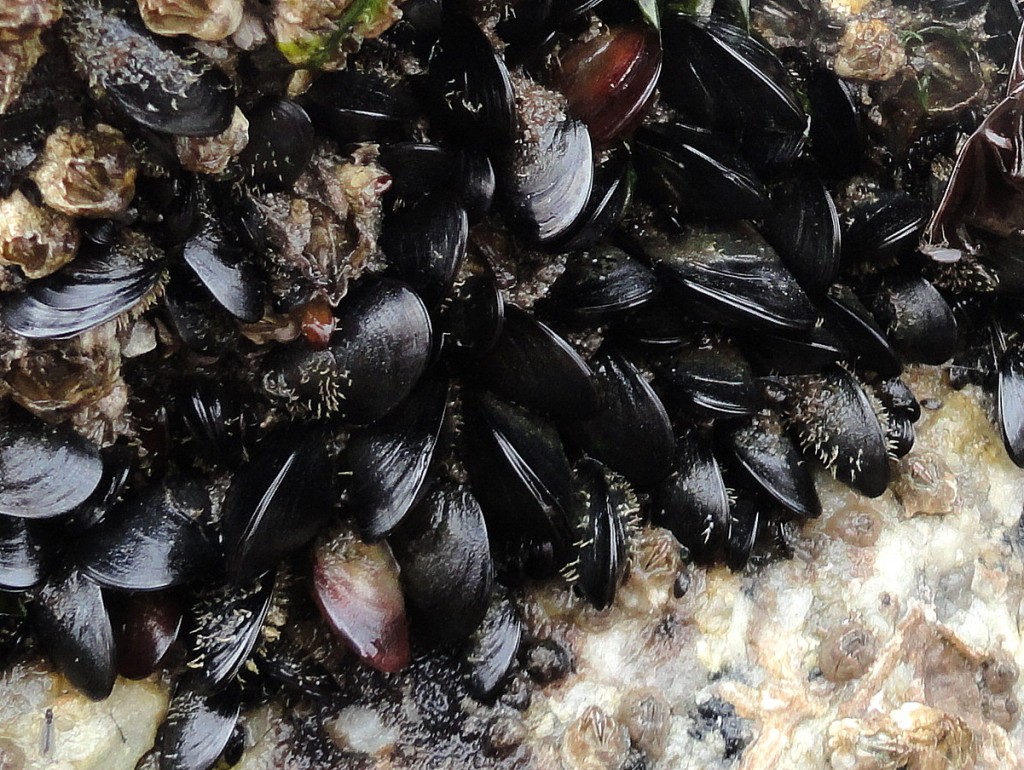 The animal world is a constant source of inspiration for scientists working on developing new materials. For instance, geckos have amazed people for centuries with their ability to walk on vertical surfaces. By discovering the mechanism at the base of geckos’ super power, researchers may at one point develop wonder materials.

Shellfish need to grab onto whatever they find underwater to stabilize themselves. To adapt to the conditions, they developed a strong adhesive that is incredibly effective in contact with water. Thus, the naval industry is highly interested in producing a similar material which will help build and repair ships.

Researchers from MIT worked with engineered bacteria coupled with sticky mussel protein. The result is a material with even stronger adhesive properties than the one naturally produced by shellfish.

This is not the first time scientists attempt to reproduce the impressive shellfish material. Mussel foot bacteria lies at the base of the material and, so far, E.coli bacteria has been used to replicate the foot proteins separately. However, the end result was unsatisfactory.

The latest attempt, conducted by Chao Zhong, a former MIT postdoc, included the creation of two distinct mussel foot proteins called 3 and 5. Curli fibers, a type of bacterial proteins, bonded afterwards with the mussel foot protein to form a new, stronger adhesive. The final result was obtained after bacteria has been discarded. The wonder material works just as well on dry and wet surfaces.

After the new material has been tested using atomic force microscopy, they discovered that the adhesive sticks best to gold, silica and polystyrene. The equal proportion of mussel foot protein 3 and mussel foot protein 5 gives the best result and provide the best biologically inspired adhesive to date.

The team continues to experiment with different proportions and materials, in the quest of an even better material. “We’re trying to figure out if by adding other mussel foot proteins, we can increase the adhesive strength even more and improve the material’s robustness,” Timothy Lu, a senior paper author says.

Most importantly, they need to find a new way of combining the existing materials or find proper replacements, as the present method is not suitable for the production of large quantities.