You are here: Home / National News / The United States Announce a Prolonged Military Campaign in Syria 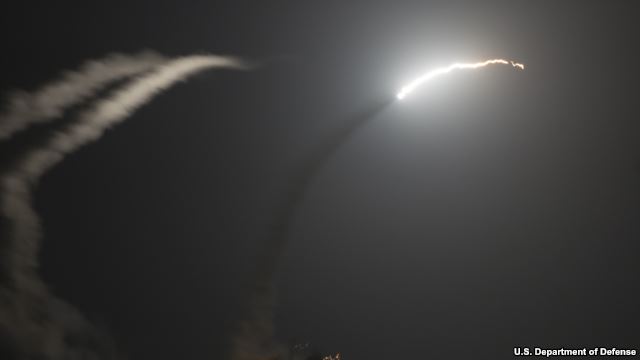 According to U.S. Military leaders’ statements after the aerial bombardment of Syria, a prolonged campaign has just begun and airstrikes will continue intermittently for months to come. They believe that bombardments will become more difficult with time, as Islamic State militants will seek refuge in highly populated areas.

Two distinct enemies are being sought out with these attacks. The Islamic State is the main target, a Sunni extremist group that has been growing exponentially and seeks to create its own country in Syrian and Iraqi territories; the Khorasan group is a smaller network known to have been affiliated with al-Qaeda. Officials have reasons to believe that Khorasan has been plotting against the U.S. and Europe.

While the United States and its allies have finally formed a coalition that is efficiently targeting the Islamic State insurgents, a new adversary has emerged: Syrian President Bashar al-Assad.

Although U.S. officials have not targeted Assad or his forces, the new coalition that involves many Arab countries such as the United Arab Emirates, Bahrain, Jordan, Qatar or Saudi Arabia would like to see Assad’s government collapse after the civil war that has devastated Syria. It remains to be seen whether the military intervention in Syria will ultimately help or hurt Assad’s regime.

According to Army Lt. Gen. William C. Mayville Jr., director of operations at the Pentagon, the objectives set for the military campaign that has now extended over Syria will take years to complete. The ultimate goal is that of degrading and ultimately destroying the Islamic State by directly attacking it, severing its supply lines and halting its financial support.

Apart from the airstrikes conducted by the coalition, the United States and its allies will also be training and equipping proxy fighters who will stand against the Sunni extremists. The Iraqi military, the Kurdish pesh merga fighters and the Syrian rebels will all receive training and weapons from the coalition, as they aren’t able to withstand ISIS’s advances on their own.

“The most important thing is to create some space for the Iraqi security forces to reorganize and replace leadership that needs to be replaced,” Mayville said in a statement. “What we have been doing over these last couple of weeks and what last night’s campaign was about was simply buying them some space so that they can get on the offensive.”

During the coalition’s first wave of strikes, dozens of Tomahawk cruise missiles were launched from U.S. warships and targeted Khorasan militants in northwestern Syria, near the province of Aleppo. Warplanes from allied Arab countries participated in the second wave of strikes, targeting the Islamic State in north-central and eastern Syria.

Two more airstrikes were conducted by the U.S. military on Tuesday against ISIS.