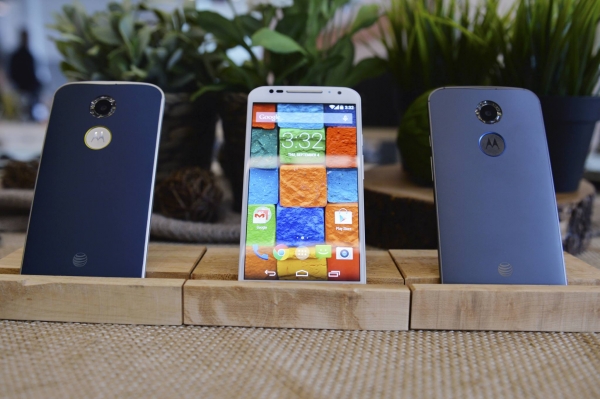 The device will be available off-contract, with an unlocked SIM for 500$ US, but tech enthusiasts can also purchase it with an offer from AT&T. The contract version of the device can be purchased for 100$. But the Moto X carrier isn’t the only new thing that Motorola is planning on selling starting September 16. The Hint, the company’s new wireless earbud which can remotely control a smartphone, will also be offered at the price of 150$.

An added bonus for the smartphones will be the manufacturer’s Turbo Charger, a device with which you can fully charge the company’s phone in 15 minutes. This nifty little gadget can be pre-ordered for 35 dollars.

If you are looking for an Android smartwatch from Motorola, you are in luck. The giant company announced that its Moto 360 Android Wear smartwatch will be made available on the same day as preorders. However, the gadget will only be available in limited numbers.

Motorola’s new smart-phone, the Moto X, received several upgrades including a new case, but it will be offered at a lower price than that of competitors. The company’s vision is to sell devices that are on par with other companies, but cheaper. This means that Motorola will address the needs of smartphone users with average wages.

When the smartphone was first launched, it was priced at 580 dollars without contract and 200 dollars subsidized. Moto X, the company’s flagship includes specifications such as an 1920 x 1080 pixel density screen with 423 pixels per square inch, a 5.2-inch active-matrix organic LED display and many more.

As far as performance is concerned, the device is sporting the popular Qualcomm Snapdragon 801 chipset with 2.5 gigahertz quadcore CPU, 2 GB of random access memory and an Adreno 330 graphics processing unit. The battery was designed to last longer (it is a 2.300 mAh battery). Finally, the 13 megapixel camera with dual-LED rind flash is capable of taking 4K videos and exceptional quality photos.

It is not possible to expand the device’s memory with a slot. You can purchase the device with 16GB or 32GB memory. As you probably expect, Moto X runs on Android’s latest released version: the KitKat 4.4.4.

All in all, the smartphone sounds like a solid device, and it comes at a reasonable price, compared to the competition.