You are here: Home / National News / Police on the Hunt for Five California Inmates 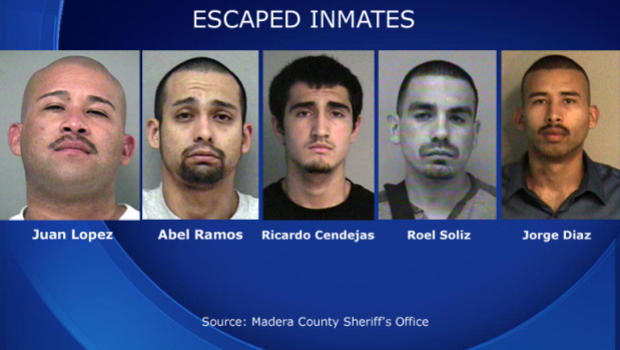 One day after the escape of five dangerous inmates from the Madera County Jail near Fresno, California, police had already organized a large-scale manhunt. Three of the escaped inmates were charged with attempted murder, according to authorities.

According to the Madera County Sheriff’s Office spokeswoman, Erica Stewart, the jailbreak occurred soon after 9 PM local time from the Madera County Jail, located 20 miles northwest of Fresno. No guards were injured during the escape, authorities claim, however, the exact means of escape is still being investigated.

Stuart declined to comment on whether police officers had already focused the manhunt. She only informed reporters that local, state and federal law enforcement had all been notified about the central California jailbreak.

While the police couldn’t confirm that the men had remained together after escaping the jail, Mrs. Stuart told reporters that the men were armed and dangerous even on their own.

The three men with attempted murder charges were 25 year-old Abel Ramos, 30 year-old Juan Lopez and 19 year-old Ricardo Cendejas. Ramos was accused of having shot at a Madera County deputy sheriff last December. Luckily, the deputy sheriff was not hit by the bullet.

Roel Roliz, 30, on the other hand, had been locked up for burglary charges as well as parole violations, while Jorge Lopez Diaz, 26, committed strong-arm robbery.

Except for Soliz, who originated from nearby Chowchilla, all the men that escaped on Friday are from Madera. Authorities confirmed that the men were wearing jail-issued clothing (including the classic orange jumpsuits and the blue and white shirts).

“We don’t know how they got away, all we know is that they took off on foot,” Stuart told reporters. “We’re looking for them. They should all be considered armed and very dangerous.”’

The jail where the escape occurred is run by the Madera Department of Corrections, which wasn’t available for comments.