You are here: Home / National News / Obama May Authorize Airstrikes against Isis in Syria 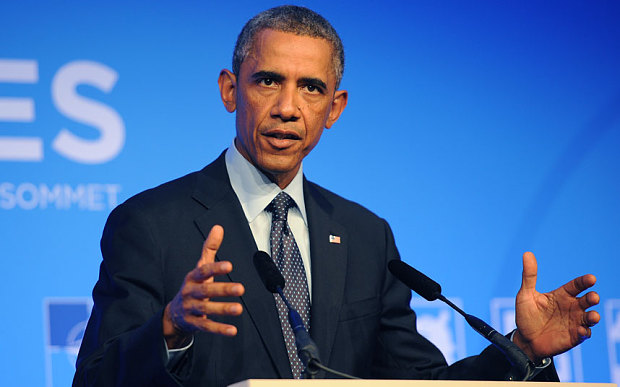 Although there had been demands that the U.S. not begin airstrikes in Syria and despite the Syrian government’s request that any airstrike be approved by the government beforehand, it seems that President Obama is preparing to expand the United States campaign against the IS extremist group beyond Iraq’s borders.

The President will address the nation and lay out his political and military strategy meant to confront the extremists who have not only seized large portions of territory over the summer, but also directly threatened the American nation.

A senior administration official suggested that President Obama was willing to agree to airstrikes being carried out against the militants even inside Syrian territory. The Associated Press has also reported that they had information supporting claims that Obama would consider expanding the airstrikes, in an apparent defiance or president Bashar al-Assad’s request to not do so without the Syrian government’s consent.

President Obama will also be seeking authorization from Congress to moderately arm the Syrian opposition that has been fighting Assad’s government since 2011. A train-and-equip plan had already been suggested by president Obama, but was stalled on Capitol Hill. While the CIA had been running a smaller program to train rebels, Obama sought to create training locations located in countries surrounding Syria.

Secretary of State John Kerry flew to the Middle East on Wednesday to discuss with Saudi Arabian and Jordan officials.

President Obama is already seeking support for his planned campaign, and as such, he met with the top four Congressional leaders at the White House. After the encounter with John Boehner, Harry Reid, Mitch McConnel and Nancy Pelosi, a statement was released that made it clear that President Obama will no longer be asking for a congressional vote concerning military force in the Middle East.

While the statement said that the president would welcome any congressional support, it also explained that President Obama believed he had the authority to take the necessary actions against the extremist group.