You are here: Home / National News / Obama Declares Major Disaster for Napa and Solano after 6.0 Quake 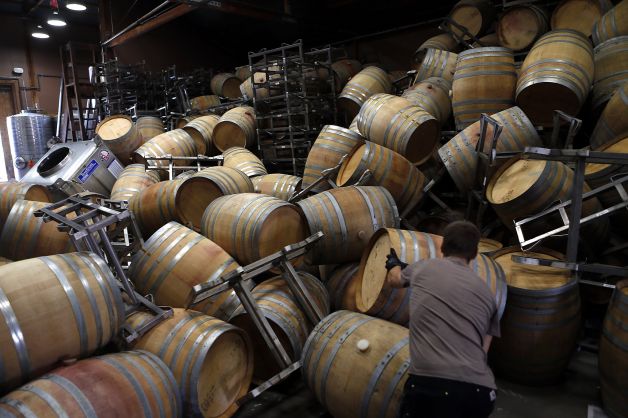 President Obama declared a state of major disaster for the counties of Napa and Solano after a magnitude 6.0 earthquake struck on the 24th of August. He freed up federal funding reserved for emergency situations so as to be able to bolster the recovery efforts in these regions.

Gov. Jerry Brown had already declared a state of emergency immediately after the quake struck and also sent a letter on the 2nd of September requesting the formal declaration.

It hasn’t still been decided how much funding would become available for the counties in question, but the White House in collaboration with the governor’s office have found that around $87 million could be eligible for federal reimbursements as earthquake costs.

There is also the possibility of accessing funds available in either tribal or local governments as well as nonprofit groups.

According to official estimates, the damages are more than $400 million worth, with around $83 million in damages sustained by wineries alone.  The city of Vallejo, for instance, the largest in Solano County, reports damages of over $5 million.

Emergency funds could significantly help homeowners as well as business-owners in both counties rebuild what was destroyed. Additionally, roads, schools and municipal buildings must be rebuilt (government agencies are responsible for such repairs).

Currently, no more than 5% of homeowners in Napa are insured in case of an earthquake, according to the Californian Earthquake Authority.