You are here: Home / Tech & Science / Northern Ancient Eurasians Are the Third Source of European DNA 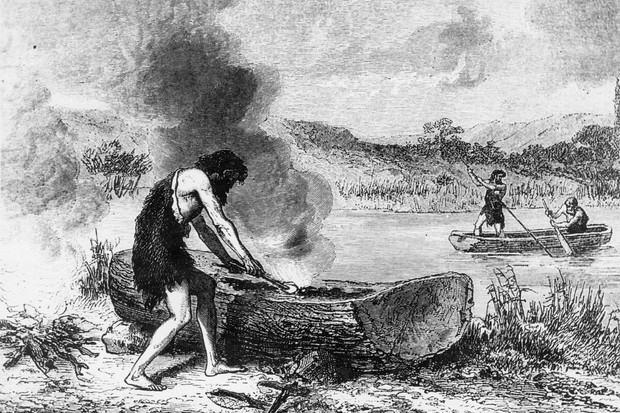 For a long time, scientists believed the Europeans have two groups of descendants. The first, a group of hunters and gatherers, settled in Europe more than 40.000 years ago. Around 7.000 years ago, people’s lives have been changed by the introduction of agriculture brought by Near East farmers. But now, researchers believe that a third group was involved in the European mix.

Ancient DNA research lead to the discovery of a third group, Northern Ancient Eurasians. The group’s DNA can be found both in Europe, as well as in America, as part of the group crossed the Bering Strait 15.000 years ago, explaining the recent genetic link between Europeans and Native Americans.

The exciting results are based on extensive research performed by scientists from Harvard Medical School in collaboration with University of Tubingen, Germany. The DNA of around 2.300 present day people from around the world has been compared with that of eight hunter-gatherers from 8.000 years ago. That was precisely before the advent of agriculture. Another DNA sequence comes from a farmer who lived in Europe 7.000 years ago. Moreover, scientists included other previous analysis performed on any remains dating from around that time.

“The Ancient North Eurasian ancestry is proportionally the smallest component everywhere in Europe, never more than 20 percent, but we find it in nearly every European group we’ve studied and also in populations from the Caucasus and Near East,” Iosif Lazaridis, a research fellow in genetics and the paper’s first author, said. “A profound transformation must have taken place in West Eurasia.”

While people from Northern Europe have around 50 percent hunter- gatherer ancestry, the Southern Europeans’ farmer ancestry is more predominant.

Researchers found that Ancient Northern Eurasians arrived later in Europe. Their DNA was not present neither in the remains of the 8.000 bones, nor in the ones of the early farmers.

Because of the limited number of DNA sample from ancient groups, the results do not tell the whole story. Scientists are certain that other groups might have contributed to present day Europeans’ DNA.

Moreover, in the course of this research they discovered a new group called Basal Eurasians. The group is believed to have been composed of common ancestors of Native Americans, Australian Aborigines, New Guineans and South Indians.