You are here: Home / Health / New Study Claims Antidepressants Cause Changes in the Brain within Hours 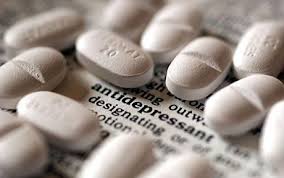 Until recently, scientists had believed that antidepressant use should have been carried on for a minimum of 4-6 weeks until significant improvement was noticeable. A recent study, however, suggests that even a single dose of a specific antidepressant can trigger great changes in the brain within hours.

Co-author Dr. Julia Sacher together with her research team at the Marx Planck Institute for Human Cognitive and Brain Sciences in Germany published the paper in the Current Biology journal.

As the full scope of antidepressant action on functional connections in the human brain isn’t completely explored, Dr. Sacher and her colleagues wanted to evaluate how selective serotonin reuptake inhibitors changed the brains of 22 healthy volunteers.

Before administration, each subject had to undergo a 15 minute brain scan to measure oxygenation, blood flow and other characteristics. Another scan followed after the administration of the antidepressant.

What researchers evaluated was the patient’s number of connections between voxels (the equivalent of pixels). The team compared 3D images of brain scans taken before and after antidepressant usage and found that the drugs had reduced connectivity levels in the majority of the brain’s areas. Only two regions showed increased connections: the cerebellum (responsible for involuntary movement) and the thalamus (involved in sensation perception as well as motor function).

Scientists were baffled as they hadn’t been expecting such intense effects that encompass the entire brain. According to them, these modifications may represent the very first step in the brain’s remodeling.

The team desires now to continue towards clinical trials and begin comparing the brain connectivity of depressive patients depending on how they responded (or not) to treatment.

Dr. Sacher and her team would like to evaluate these issues and compare them to the acute, subacute and chronic effects that antidepressant medication can have on the architecture of the brain. Additionally, the team would like to add different classes of drugs to their strategy.