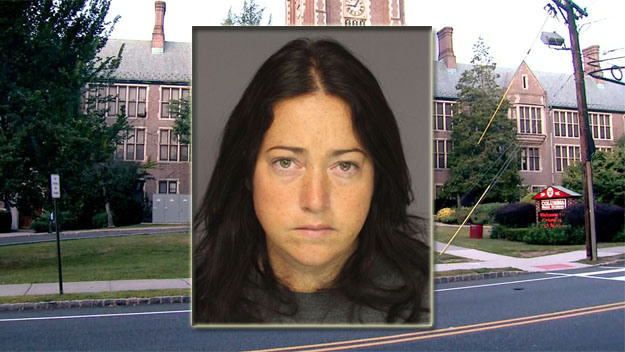 A New Jersey high school teacher, mother of two, stands accused of having sexually assaulted three of her 15 year-old students.

Nicole Dufault, 34, allegedly engaged in full intercourse as well as oral sex with three underage boys, both on Columbia High’s campus and in her car. The situation went on during the 2013-2014 school year and during summer school in both 2013 and 2014. Dufault was arrested on Wednesday evening at her Caldwell residence.

Authorities charged the language arts teacher with several counts of aggravated sexual assault as well as endangering the welfare of children. According to the Essex County Prosecutor’s Office, all three alleged victims were students at the high school were Dufault had been teaching for nine years.

The language arts teacher is currently being held at the Essex County Correctional Facility in Newark, where bail has been set at $500,000. The teacher has been ordered by the court to avoid any contact with the alleged victims. Social Services also removed Dufault’s underage children from her custody until the situation is cleared.

At the high school where she taught, the situation also had to be cleared up with parents. South Orange Supt. James G. Memoli together with Columbia High School Principal, Elizabeth Aaron, presented the allegations to the parents in a letter.

When addressing parents, both the Principal and the administrative team offered support for all students and staff, who were clearly impacted by the events. Guidance and student assistance counselors as well as social workers are ready to offer assistance to anyone in need. Neither could comment on the allegations as the investigation was still underway.

The letter also contained a paragraph urging parents to keep a close eye on their children, too see if they were showing signs of stress regarding the events that had occurred, indirectly suggesting that parents notice if other students could have been affected but hadn’t come forward.