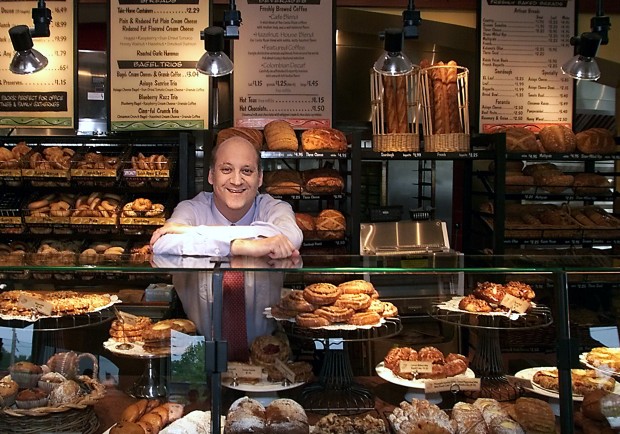 Another company joined the movement against guns. Panera Bread will ask customers from now on to leave their guns at home before visiting their bakeries. Starbucks, Chipotle and Target acted similarly before Panera Bread, setting an example for other chain-stores and restaurants.

“Within our company, we strive to create Panera Warmth,” the company said in a statement released Monday. “This warmth means bakery-cafes where customers and associates feel comfortable and welcome. To this end, we ask that guns not be brought into this environment unless carried by an authorized law enforcement officer. Panera respects the rights of gun owners, but asks our customers to help preserve the environment we are working to create for our guests and associates.”

Former NYC Mayor, Michael Bloomberg, funds a powerful gun control group called Moms Demand Action for Gun Sense in America. The group convinced Panera Bread to revise its gun policy after months of debates between the two. Saint-Louis Panera Bread owns almost 2.000 locations, so the new policy will have a wide reach. Clearly, the companies ask their clients kindly to leave their guns at home before visiting their premises. Companies avoid stricter policy that may place the personnel in the uneasy position to confront armed clients.

The recent mass-shootings favors activist groups such as Moms Demand Action. As the government fails to properly address the issue, it is left in the hands of nonprofits. Moms Demand Action acts against openly carries weapons policies. The group already pressures another chain-store to act similarly. Last week, they started an expensive ad-campaign aimed at pressuring Kroger to act similarly. Posters show two customers, one openly carrying a gun, while the other breaks grocery chain store rules by eating ice cream or shopping shirtless. “One of them isn’t welcome at Kroger. Guess which one”, the ad says.

Groups for gun control claim that openly carries guns are a source of stress for the other customers and the personnel. Moreover, law enforcement officers may find it difficult to differentiate between carriers with malicious intentions and non-threatening ones. Moms Demand Action states that chains responding to their claim will be reworded, whereas the ones who do not will face boycotts.

Obviously, gun enthusiasts are not happy about the policy. Some warned that they will even protest against it by eating more frequently at Panera Bread while carrying their guns.