The jury responsible for the analysis of the case concerning former Virginia Governor McDonnell, in which he was accused of having accepted lavish gifts from a donor together with his wife, has found the politician guilty. On Thursday, the corruption charges were no longer allegations when the jury handed in their ruling. 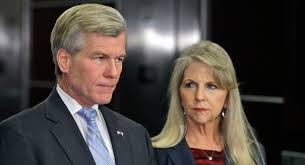 The couple alleged that they had such a broken down marriage that a conspiracy between them would have been impossible. McDonnell and his wife broke the law by accepting gifts from a wealthy donor in exchange for their support of his business.

After the jury ruled (and not in their favor), the McDonnell’s totaled 20 conspiracy-related counts (granted, Mrs. McDonnell was only convicted of nine, leaving her husband have the majority). The esteemed couple was also convicted on obstruction of justice counts, despite them having pleaded not guilty on 14 charge each.

The jury had to partake in over a month of testimonies in the federal court of the Eastern District of Virginia, and after they had heart the closing arguments, they delivered the verdict in 48 hours.

The couple had used their influential position to promote Star Scientific Inc., a company founded by Jonnie Williams Sr., by hosting pompous events for officials at their mansion. Mr. Williams had offered the former governor over $177,000 in loans and gifts (among them, a Rolex watch and designer clothes).

While defending the couple, the defense attorney argued that Mrs. McDonnell had developed a “crush” on Mr. Williams Sr. and that it was precisely because of these feelings that she had supported his company.

After having failed to convict former Sen. John Edwards in 2012, it seems that the Justice Department now finally has regained its momentum.