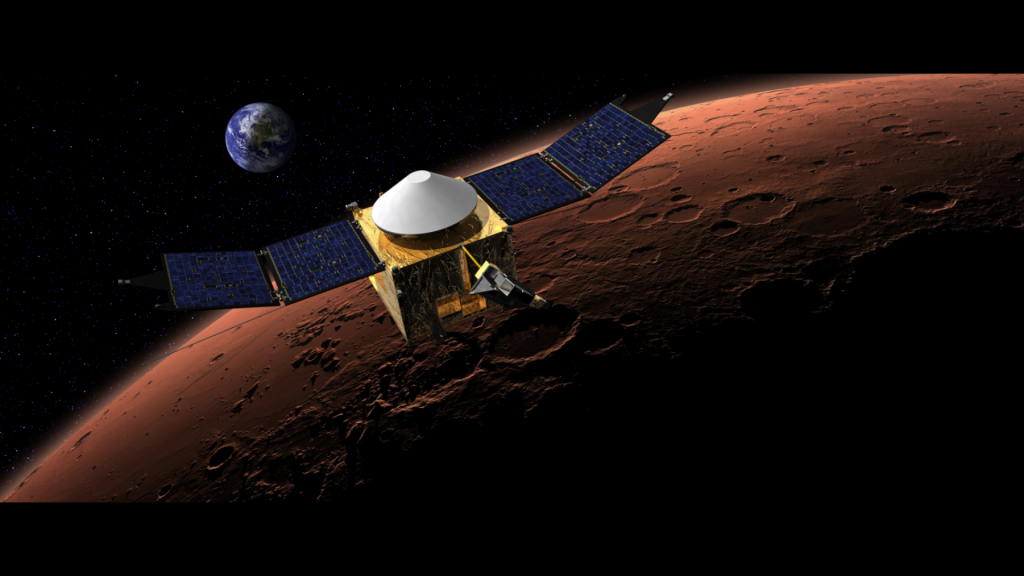 After a long 10 month journey to the red planet, a NASA spacecraft will enter Mars’s orbit on Sunday in order to investigate how the planet lost its water.

The spacecraft traveled 422 million miles from Earth and will experience a do-or-die burn of its braking rockets scheduled to start at 9:37 PM EDT/0137 GMT. MAVEN’s (Mars Atmosphere and Volatile Evolution) thruster burns will hopefully give the spacecraft enough speed to be captured by Mars’s gravity field and enter a looping orbit.

Starting Sunday, MAVEN will be going into an operational orbit after it maneuvers itself correctly and will come as close as 93 miles and as far away as 3,853 miles from the surface of the Red Planet. MAVEN’s mission is completely different from all other Mars orbiters, rovers and landers. The spacecraft is designed to analyze Mars’s atmosphere, suspected by scientists to have been much thicker in the past. Currently, it is comprised of mostly carbon dioxide gas.

According to scientists, in order for water to pool on the surface of the planet, denser air would be required and despite the fact that no water is present on its surface today, ancient river channels and lakebeds cover the Red Planet. There is also chemical evidence in support of this warmer, wetter past.

Bruce Jakosky, lead scientist in the MAVEN project, wants to find out where the water and the carbon dioxide from that early environment went. According to the University of Colorado scientist, there are only two possibilities: the water has either gone down in the crust of the planet or into the atmosphere, where the possibility exists of it being lost to space.

MAVEN’s mission will monitor what occurs when solar winds and charged particles come in contact with the upper layers of Mars’s atmosphere for one year. By doing so, scientists hope to understand the process involved and later on extrapolate back in time. At the end of their efforts, the MAVEN team wants to determine if Mars possessed the right conditions for life to have evolved.

Jakosky added that MAVEN will tell scientists about the “boundary conditions surrounding the potential for life on Mars.”

With MAVEN, the two U.S. orbiters, two U.S. rovers and one European orbiter will create a fleet working on revealing the secrets that the Red Planet holds. India has also sent out a Mars probe, its first, which should be arriving on Wednesday according to estimates.